Spiritualized – And Nothing Hurt 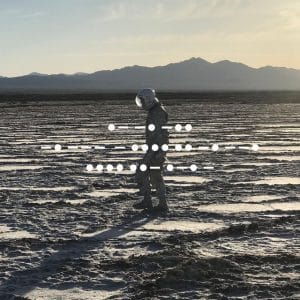 The long wait is over, as chief space cadet Jason Pierce and his band of sonic explorers return to soothe and stir in equal measure. A six-year wait has no doubt whetted the appetite of many for another dose of cosmic medicinals, and largely Spiritualized has repaid them in kind with a collection that ticks all the boxes that have made the band so beloved.

After six years of fits and starts, discussions with possible producers John Cale and Tony Visconti that came to nought, and scrapped sessions with Charles Hayward, Jason Pierce largely retreated to his bedroom to create And Nothing Hurt. How very Spiritualized you might imagine, and you’d be right. For years the band have peddled bedroom redemption and the sense that out of humble beginnings glorious creations burst to overcome adversity. And Nothing Hurt continues to plough that lofty furrow.

It’s difficult to accuse Pierce of methodising Spiritualized’s music into what has become their latest record, given its gestation period and his obvious commitment to translating what’s in his head, but the sense of deja vu is all too real. Former Pulp bassist Steve Mackey eventually ended up producing the record, and he gives Pierce’s various sonic wanderings space to roam, but sadly it’s an amble of a circular nature. I’m Your Man feels melodically common to many other Spiritualised tracks and lyrically unimaginative, and the twee A Perfect Miracle retreads former glories like the genuinely bittersweet sentiments of Stay With Me.

As the record progresses the pace and volume rise exponentially, but still it fails to raise the pulse. The ramshackle Morning After picks up the record’s momentum, and will likely translate well live. Yet, the Spacemen 3 freakouts of yore have given way to comfortable rock jams befitting Pierce’s age, which was apparently what he was aiming for. It’s a shame nonetheless and prevents any of the tracks from truly soaring, suggesting it would perhaps be better he aged disgracefully than surrender to mediocrity. Elsewhere, the country lilt of Here It Comes (The Road) Let’s Go is a pleasant, if far from an exciting variation, which suffers from less than inspiring lyrical bores: “We’ll get stoned all through the night.”

The canonisation of Ladies And Gentlemen We Are Floating In Space has been both and a blessing and a curse for a band that has remained doggedly true to big subjects like drugs, love, religion, and conquering suffering and heartache though ambitiously blissed out symphonic ditties. Many fans of the band will no doubt relish another chapter of the safe, warm world Pierce has created over eight records, and why not? In others, familiarity might well breed contempt.

Sail On Through closes an album of inoffensive lullabies and perfectly serviceable rock music. And Nothing Hurt is a fitting title for a record that is comforting, and if that’s what you look to rock music for, look no further. On the other hand, Pierce has perhaps been floating in space on autopilot (or holed up in his bedroom) for too long. Maybe it’s time space-rock fell to earth, for in so doing it would no doubt offer this sonic adventurer a much needed fresh perspective.