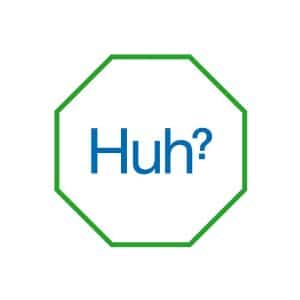 The problem with sayings such as this is they’re so limiting in their advice. Sure, you’re now covered in the event of an abundance of citrus fruit, but what if you get something else? What about if life hands you pneumonia? Or liver failure? Or sends the love of your life into the arms of Richard Ashcroft? What should you make then?

If you’re Jason Pierce, you make an album. Heartbreak brought us Ladies And Gentlemen We Are Floating In Space. A long stint in hospital brought us Songs In A&E. His latest opus Sweet Heart Sweet Light was made as he underwent experimental treatment for a serious liver condition.

So it’s probably not the first Spiritualized album to be recorded under the influence of narcotics, but it probably is the first time those narcotics have been prescribed by someone with five years of medical training.

Whatever effects the drugs had, they haven’t changed Spiritualized’s core function. Which, given Pierce’s predilection for obsessive perfectionism, is hardly a surprise. He was never going to dump the last 20-odd years of practice to reinvent himself as Rugby’s answer to David Guetta.

Sweet Heart Sweet Light has all that could be expected of it. There are gospel choirs. Guitars fuzz and spit, and feedback spikes from every corner. There are mentions of God and Jesus and fire. The touchstones that should be touched are wholeheartedly grasped.

None of which captures the fact that this is the best and most complete set of songs Spiritualized have made since Ladies And Gentlemen. And the most positive. Take Hey Jane; it’s a seemingly straightforward affair, with an air of Stooges-like punk simplicity about it, until it’s dressed up with more detailing than a Rococo sideboard, and dragged into an hypnotically thrilling groove that lasts over eight minutes.

They do it repeatedly here: the voodoo strut of I Am What I Am (co-written with Dr John). The dramatic build and epic conclusion of Headin’ For The Top. Best of all, the closing So Long You Pretty Thing, which follows Procol Harum‘s lead in raiding Bach’s string cupboard, before breaking into an astonishing climax of arm-lofting wonder.

Sweet Heart Sweet Light is a triumph over adversity, something Pierce clearly makes a habit of. But for his sake, it is to be hoped that the next album is made in slightly less trying circumstances.