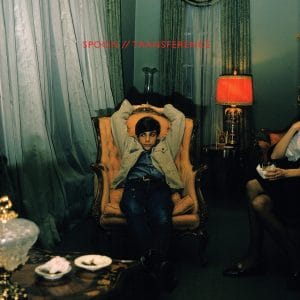 There are only a few reliable things in the world. Wasn’t it Ben Franklin who said that taxes are unavoidable, death is inevitable, and great Spoon albums appear once every three years or so?

For a while there – from the mid ’90s to 2010 – the old turkey lover was right. Austin’s Spoon, with Britt Daniel at the helm and Jim Eno as first mate, could always make rock and roll sound fun. They transitioned from the rough, raw edges of Telephono and A Series Of Sneaks to the comfortable, rounded perfections of Gimme Fiction, delivering rock with swagger, but constantly oriented on catchy, pop-oriented melodies.

Spoon saw great success around the release of their last album, 2007’s Ga Ga Ga Ga Ga. They had been prominently featured on the soundtrack for the Will Ferrell movie Stranger Than Fiction and their songs had been placed in various popular television shows. Britt Daniel had even made an awkward on-camera appearance on Veronica Mars.

So Spoon’s ship had finally come to shore in terms of widespread popularity (Ga even cracked the US Billboard Top 10), and they ultimately had to confront the dreaded follow-up album. Transference is the outcome – a fundamental change to the core sounds of previous efforts, which inevitably means a sink-or-swim response from longtime fans.

It’s hard to pronounce Transference a failure. Much of what generally goes into Spoon is here – Jim Eno’s steady rock drumming is ever-present and the band’s attention to detail in sound production is just as keen. There’s still that touch of experimentalism (with echoed vocals and strange arrangements) that made Kill The Moonlight such a phenomenal album. But what’s missing is an immediacy, an underlying urgency, that infiltrated earlier studio efforts.

Before, it felt as if the band would burst if it weren’t able to record its music. Now, it’s starting to feel as if the songs are seeping from a burnt out songwriter. The hooks are few and far between, the repetitive guitar strokes that were so endearing before now wear down the nerves, and even the noisy parts (Trouble Comes Running) sound sanitised.

Traditionally, Spoon albums have been bereft of filler songs, but the second half of Transference treads some dangerous territory. Ballads have never been Spoon’s strong suit, and the soft piano number, Goodnight Laura, comes off as a poorly inspired The Beatles cover. Out Go The Light feels similarly dispossessed of feeling, and the only thing saving the rest of the album is the strong presence of Got Nuffin, a longer song with a classic rock feel.

In the past, entire Spoon albums would have been constructed out of the stuff that goes into the driving bassline of Got Nuffin and the jerky, stabbing piano riffs of Written In Reverse. Even Spoon’s nice sounding (albeit always obtuse) lyrics can’t make up for the generally flat music here, and with Transference, Spoon’s undeniable swagger has taken a considerable hit.