Spoon – They Want My Soul 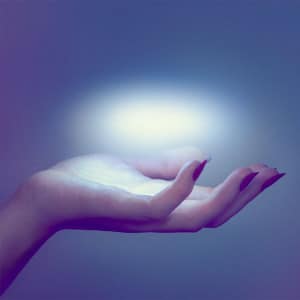 Everyone owns at least one Spoon record, right? Be it from their earlier, noisy punk-based roots, the mid-period, more polished Gimme Fiction, Billboard chart breakthrough Ga Ga Ga Ga Ga from 2007 or the last effort, the indifferent, rough-edged Transference.

Four years have since passed, with the Austin group separating indefinitely to focus on solo projects (not all musical, either) with singer/guitarist Britt Daniel’s long player with new band Divine Fits garnering most attention. The band has recently declared that the lengthy break proved to be reinvigorating as they rediscovered their energy and passion for all things Spoon.

Recorded in a New York winter that often confined them to their studio, They Want My Soul – produced by Dave Fridmann – sees a return to the magic that transformed them from indie-rock also-rans into an essential band that ratings accumulator Metacritic calculated to be THE best and most consistent band of the decade in 2010.

Their eighth studio effort contains the regular mixture of delights: first up, the customary, meat and drink rock ‘n’ roll. Lead track and album opener Rent I Pay starts the ball rolling in Jet-like fashion, its slow beat punctuated by rasping vocals whilst the title track provides a slab of indie-rock furnished with The Strokes’ toned guitars as Daniel calls “let’s get the stars to align”. A track recorded by Swedish-American actress Ann-Margret Smith from 1961 – I Just Don’t Understand – is then oddly covered by the band for more straight-forward rock ‘n’ roll, sounding a little like latter day Oasis with plinky-plonk piano thrown in for good measure. Album closer New York Kiss is another example, “gonna blow my mind” croaks Daniel amongst bubbly synths and melodic chorus.

Then there’s the instantly catchy and accessible. Rainy Taxi benefits from a faster beat with reverb guitar touches, persistent drum pattern and racing tambourine – even great granny will be shuffling bones to this one. Outlier adds rippling synth chords – courtesy of latest addition Alex Fischel – to an approaching crescendo of noise that reels you in before upbeat drumming and melodic vocals join the party. Let Me Be Mine then blends a subtle glam-rock beat with simple guitar riffage, swirling synth harmonies and pounding bass.

Last but not least there are the intriguingly captivating growers, where full treasures are revealed only upon repeated plays as their unconventional quirkiness crawls under your skin. Inside Out’s slow beat and softly executed synth chord stabs provide a sparser effort where bubbling harp and shimmering keyboards delight. Single Do You then benefits from acoustic strumming amidst a mid-tempo pace, as bursts of guitar noise combine with a clapping beat and swirling synths to provide a summery, ‘drinking cocktails by the poolside bar’ vibe just in time for your holidays. And the compelling Knock Knock Knock boasts some acoustics bordering on Spanish guitar strummings, its eerie X-Files whistling, Hammond organ backed chorus line and soothing chords contrasting sharply against some insane bursts of guitar electricity that the band, apparently, have struggled to recreate after the 20-something effects pedal combination slipped from their memories.

Altogether a belter of an album, then, as their reputation for consistency prevails once more. Will it win hordes of new fans and catapult them to greater heights? Unlikely. But it sure as hell cements a great band in the annals of indie-rock history, and more fool those that choose not to invest in such pop-conscious mastery – there’s even a limited edition glow in the dark vinyl; what more do you want? “Let’s go lose track of time,” sings Daniel during the title track – sit back, listen and do exactly that. Highly recommended.