Stealing Sheep – Into The Diamond Sun 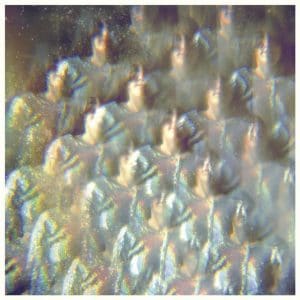 Stealing Sheep’s debut album is a heady cocktail of sounds, with layer upon layer of harmonies and psychedelic folk influences. But it’s far from cluttered or confused; in fact, it’s one of the most coherent and satisfying debuts for some time.

The Liverpool trio – Lucy Mercer, Emily Lansley ad Rebecca Hawley – have already received some heavy-weight endorsement, having toured with Field Music, St Vincent and tUnE-yArDs, and their brand of electro folk is honed to perfection on their first album proper, Into The Diamond Sun. In equal parts spooky and uplifting, their songs’ moods are dictated by their vocal arrangements, with each member taking it in turns to lead the way.

There are some spectacular harmonies at play; single Shut Eye, for example, begins life as a jaunty, quiet sea shanty-inspired ditty and explodes into a raucous vocal swirl. There’s so much going on, with analogue synths, thudding bass drums and twiddling Krautrock intricacies that elsewhere would be a band’s trademark, but Stealing Sheep subtly brush these aside, using them as a prop for their vocals. At times they sound almost medieval, and there’s a pagan under pinning to much of their work, with heavy references to nature.

Much of Into The Diamond Sun would have fitted in very nicely with First Aid Kit’s last album, The Lion’s Roar; the Swedish band use similar themes and, as time’s gone on, they’ve ditched their floaty, floral sound in favour of something a bit more meaty. There are also echoes of Ladytron, Bat For Lashes, Warpaint, Broadcast and even the Velvet Underground, as their folk-tinged pop contains as many electronic tweeks as hand claps and lavish guitar effects.

Highlights include White Lies, which combines brilliantly arranged percussion with the almost robotic chant, “You say that you love me but we both know you don’t”, to create a track that’s stylishly chaotic and nods towards Gaggle or Micachu And The Shapes. Similarly, Rearrange starts off cluttered, with guitar slaps and recorders merging underneath the beautifully chanted “I don’t care for what is good or bad, It’s in the past”, before changing direction, ebbing into a more soothing ending, with the plea: ”Can it not just wait ‘til morning light so we can see it clearly.” The album closes with Bear Tracks, a song that could act as Stealing Sheep’s show reel, bringing together 10 minutes of sounds from across the record.

It’s packed to the brim with sounds and ideas but Into The Diamond Sun is instantly lovable, managing to balance out catchy numbers with endlessly interesting songs. It is, all in, a fantastic first effort.