by John Murphy
published: 3 May 2010 in Album Reviews
Tweet 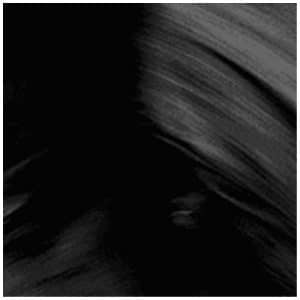 It seems an unlikely collaboration. A founder member of the Beta Band, one of the most critically acclaimed yet frustratingly inconsistent experimental bands of recent years, meets the man behind hits for Rachel Stevens, Sugababes and Liberty X.

Yet this may not as mismatched as it seems. Both Steve Mason and Richard X have forged a reputation as true mavericks, always looking to experiment and push the boundaries. Richard X, in particular, has produced some of the most innovative pop singles of recent times, such as Sugababes’ Freak Like Me.

Mason, meanwhile, has experienced a more troubled time since the Beta Band split six years ago. As well as battling a serious bout of depression, he’s flitted from pseudonym to pseudonym, recording under King Biscuit Time and Black Affair, albums which gained great acclaim but little sales.

Now he’s comfortable enough to record under his own name, the results are a revelation. Boys Inside is Mason’s best work since his Beta Band days – a rich, dark slice of mournful, glacial electronica with a heart. Richard X has smoothed away the edges, yet lets Mason stamp his personality on proceedings.

Understand My Heart is typical, scattered beats, juddering synths, and a soft acoustic guitar all combine with Mason’s gloomy vocals hinting at all sorts of heartbreak. He sounds almost impossibly frail on The Letter, where he reflects on lost love over a deceptively soaring chorus of “could it be that you don’t love me anymore?”

Yesterday starts off uncannily similar to Kanye West‘s Love Lockdown, before a Balearic house piano riff makes an unlikely backdrop for a violent call to arms (“We’ll make a cocktail or two, we’ll travel down the road, and watch the stonework explode”). It’s the soundtrack to the most velvet of revolutions.

The lyrics throughout are pretty much evenly divided between the personal and the political. The beautifully melancholic I Let Her In sees Mason singing to the “children that I never had”, while Lost & Found seems to hark back to Mason’s troubled past, with its sinister, insistent refrain of “I found myself at the base of a river”.

Most intriguing though is Stress Position, in which Mason berates punk heroes such as John Lydon and Iggy Pop for taking the corporate dollar and appearing in TV adverts – “Johnny and The Idiot pissing on a dream” as he succinctly puts it. Set to a spacey, skittery dub, it’s beautifully effective.

It’s hard to describe this as a return to form, as such – both King Biscuit Time and Black Affair were quite brilliant, but roundly ignored by all but the most committed Beta Band fan. Instead, Boys Outside should see Mason gain the recognition his talent so richly deserves.