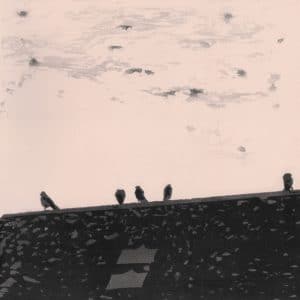 Over two decades on, Nottingham’s Tindersticks remain principally known for their magnificent first two (untitled) albums, released in 1993 and 1995 respectively. Combining intricate, atmospheric arrangements with singer Stuart A Staples’ languid croon and bittersweet, highly original lyrics, they established the Midlanders as one of the UK’s most distinctive, critically acclaimed bands.

Since that early career peak, Tindersticks have had rather an uneven output, tending to alternate more conventional albums with soundtrack work, notably for French arthouse director Claire Denis. From time to time, frontman Staples has also dabbled as a solo artist, although it’s been 13 years since 2005’s Leaving Songs, a rich collection of Leonard Cohen and Lee Hazlewood-indebted songs that was arguably as accessible as any record he or his parent band have released.

In contrast, new album Arrhythmia (the title is the medical term for an irregular heartbeat) is positioned firmly in the more experimental camp, consisting of three expansive, loosely structured songs and a 30-minute long instrumental, composed to accompany a film by Denis studying a series of 365 oil paintings of the sky by Staples’ partner Suzanne Osborne.

Opening track Real New starts off with uncharacteristic glitchy electronica, which suddenly explodes into life around the three-and-a-half-minute mark, with a swirling organ providing the kind of unexpected tempo shift that’s a trademark of much of Tindersticks’ classic work.

There are precious similarities on second track Memories of Love however, which glides by with a frugal ambience that recalls Talk Talk’s Mark Hollis’s lone solo album. Third track Step Into The Grey is initially back in more familiar territory, with Staples’ unmistakable voice to the fore for the first (and only) time on the album, but the second half of the track metamorphoses into an extended, off-kilter double bass and strings passage that feels like it belongs in a different song.

At this half way point, Arrhythmia is shaping up quite nicely, but Music For A Year Of Small Paintings is unfortunately rather a disappointment. A sometimes barely perceptible shimmer of gently twanging guitar, muted strings and fluttering woodwind, it meanders by politely for half an hour without ever transporting the listener beyond a state of soporific indifference.

Fans of Tindersticks’ soundtrack albums such as Nenette et Boni may enjoy sailing in these peaceful waters, but those who still return to those two landmark mid-1990s albums will long for Staples’ darker, more unsettling side, which is all too absent on this thoughtful but somewhat lacklustre outing.