Stubborn Heart – Made Of Static 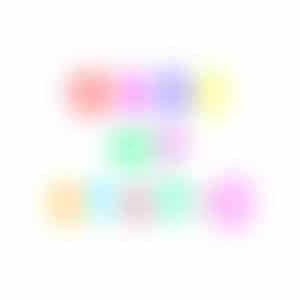 The second long player by cautious electronica duo Stubborn Heart is a rare treat, akin to going to chuck some old trousers into the washing machine and finding a tenner scrumpled up in the pocket.

Comprising Ben Fitzgerald on production duties and vocalist Luca Santucci’s singularly hesitant lyrics, with Warp’s Leila, who Santucci has worked with many times over the last 20 years, providing supplemental production and programming on these 11 expansive slabs of rough poetry, the time is right for the London based musicians to be rediscovered.

For the new record, the high gloss reflectivity of their once immaculate surfaces has been corrupted, scratched and cleaved into and made course with new grain. Where the dogged duo formerly leaned heavily into the bass driven dancehall aspects of dub step and Jamie xx flecked R&B for their self titled debut, on Made Of Static the spatial forms have seemingly shed the romantic intensity that once anchored them. Inventive without succumbing to ostentation, these sophisticated yet brutal resonances are striking for their weightless immediacy and radical urgency.

Santucci’s quietly dramatic and persistently disciplined rasp is foregrounded over Fitzgerald’s complicated digital scatterings on opening track Talking Gold, as he anxiously contemplates Cinco De Mayo, tightropes, choke holds and insomnia. The collective neurosis continues to amass on the awkwardly trampolining second track Proves To Be as Santucci asserts, “My heart is an open book, you could steal a page”. The tempo, spoiled and aggravated, struggles to keep any veneer of constancy on the magisterial Against The Tide, thrown around like a paper boat on a turbulent wave machine. Then on Oh Stephanie, the exasperations quell unexpectedly, replaced by near prosaic anticipatory yearnings.

The oblique deadening of that track prepares you for the next one, Drop The Ball, which toggles between fruitless cold wave and swooping cosmic disco. The difficulty and desensitisation of penultimate Out Of My Hands means it stands out as the key track on the record. Shifting attention from binaristic moping to emotive intricacies, the near stationary composition is altogether effective, vulnerable and engaging. Abandoning the static and derivative for the emancipated and kinetic, Stubborn Heart have crafted a radial new collection that feels oddly synchronous to our lives now.