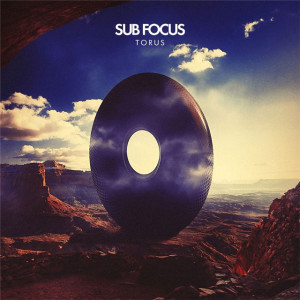 Producer Nick Douwma’s Sub Focus moniker feels like an exercise in following a formula through to its natural conclusion. With Torus as his second album, and first under the reconstituted Virgin label, it exists as one of those moments in an artist’s career where major label backing and a swift run of chart success (four Top 40 hits in just over a year) all points in the right direction. As such, the fact Torus deviates little from its course of impossibly commercial floorfillers should come as no surprise. And, all things considered, there’s a sort of pleasure to be had in that.

Torus works so well as an album because it believes its own sense of importance – whether that be its blind obedience to its own formula, or the grandiosity of its titular intro-track. With its rave horns and slow, implacable build to the inevitable drop, Torus plays out like a Friday night TV movie – a big, simple ‘beer and pizza’ moment of an album, it wastes no time in pressing all the right buttons.

Don’t expect the kind of deftly intelligent mix of styles present in the latest Rudimental and Chase & Status albums here, for Torus plays to a different set of rules; an arcadey diet of fizzing synth riffs and pulsating basslines that, with each track, plead for just one more trip to the bar for another refill.

Throughout it all, it’s Douwma’s command of space that impresses most. Even played on cheap headphones on a packed tube carriage, the Sub Focus sonic template has the ability to feel irrepressibly epic – that masque of invincibility that keeps it propelling forward at light-speed intensity. Where the likes of Pendulum once packed out Radio 1 airwaves with their characteristically meaty brand of drum & bass, Sub Focus offers a lither alternative, one more favoured to overall atmospherics than a sledgehammer approach of rowdy choruses.

But that’s not to say great choruses don’t abound here – new single Turn It Around could very well be the most unashamedly ‘pop’ effort Kele Okereke has put his name to since Bloc Party’s very own effort at dancefloor dominance, Flux. Meanwhile, the trio of Endorphins (featuring Alex Clare), Tidal Wave (with Alpines) and Out The Blue (with Alice Gold) both operate in the kind of lean, frighteningly accessible space that is so very much the Sub Focus ‘sound’. Again and again, the album finds itself subscribing to the theory – if it isn’t broke, why even try to fix it? A vague diversion into something a little more downtempo on Twilight feels unnecessary while Foxes collab Until The End – essentially a massive ’80s synthpop love-in – looks great on paper but ends up sounding a little too calculated to truly enjoy.

It’d be a disservice to call Torus a disposable album. It’s a fine collection of contemporary club music. But let’s just say it’s hardly going to end up in many people’s lists of the best albums of 2013. Douwma’s creation stands very much as a calling card for the state of modern dance music – one constantly in deference to public appetites and notions of radio-readiness. But then again, maybe that’s the best thing about the record. Like Calvin Harris’ mega-selling 18 Months, Torus plays out as a kind of mini-Greatest Hits – no beating about the bush, just big beats, and even bigger synths.