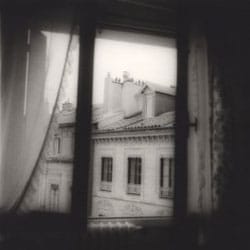 Mark Kozelek has a reputation for unwavering consistency and for being tirelessly downbeat. His music, though generally tinged with melancholy, has grown in depth and maturity through his time with Red House Painters, as a solo artist and now under the Sun Kil Moon moniker.

The last Sun Kil Moon album, 2008’s April, may have been his masterpiece – a collection of deeply personal, sometimes harrowing songs of grief. His meditative voice blends effortlessly with his music and he favours pensive poetry over empty theatricality. Yet he also has a wry sense of humour that is not always recognised. One of his best albums, What’s Next To The Moon, featured acoustic covers of AC/DC songs.

Admiral Fell Promises is essentially a Kozelek solo album in all but name. The previous Sun Kil Moon albums saw the band unleashing searing electric trudges resembling Crazy Horse. Here though, apparently inspired by the likes of Andres Segovia and Ana Vidovic from Croatia, Kozelek performs every song on a nylon stringed acoustic guitar, with only delicate double tracking of his own voice for company. This makes for a deceptive listening experience. Initially, it seems limited in texture and dynamic range, perhaps even a little one dimensional. But repeated plays reveal rewards in the subtleties that Kozelek deploys.

Kozelek has thoroughly immersed himself in the classical guitar music he has referenced – his playing is dexterous but also meaningful and expressive. The songs here are regularly interrupted by themes that seem drawn from the classical idiom. Yet, as ever with Kozelek, these passages merge consummately with his more familiar reflective vocal lines. His nuanced guitar playing and resigned melodies enrich each other. The sound of the guitar is warm and captivating.

Then there are the barely detectable variations in mood and feeling. There’s actually a world of difference between the nimble patterns of Half Moon Bay and the mesmerising drift of Church Of The Pines. A drawn out epic such as The Leaning Tree goes through a whole range of sensations and styles but the changes pass by almost unnoticed. Some of the guitar playing on songs like Alesund has some of the gently compelling, hypnotic quality of John Fahey or James Blackshaw. There’s the fascinating way a piece like Australian Winter moves from very gentle, spacious accompaniment to elaborate, sonorous exposition. This music is tightly structured, but executed with imagination and feeling.

Kozelek’s dense, allusive narratives also require careful listening. His songs have a vivid sense of place, from the lucid evocation of Highway 1 and the California coast on Half Moon Bay to the pensive, dreamy journey recounted on the superb Third And Seneca. There’s a wistful sense of nostalgia throughout, with fond memories of lovers won and lost. There’s ironic self-awareness too; the album’s first words are “No this is not my guitar, I’m bringing it to a friend/And no, I don’t sing, I’m only humming along”. It’s a clever opening gambit that sees him playing with the expectations of both his loyal audience and his critics.

Kozelek is a much more confident artist than he was in the early days of Red House Painters. His voice has a mellifluous clarity on The Leaning Tree and is quietly haunting on Alesund. Whilst there’s still that careful blend, Kozelek no longer seems to be obscuring himself. Even though these songs were not all written expressly for this context (the title track dates back to 2000), they work as a complete and coherent whole. It would be easy to dismiss this album too casually – it’s a thoughtful, beautifully constructed work that repays investment.