Sun Kil Moon – Among The Leaves

by Daniel Paton
published: 28 May 2012 in Album Reviews
Tweet 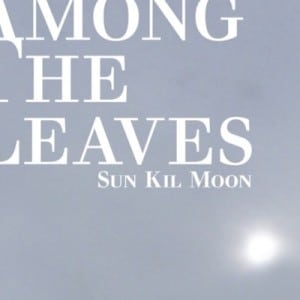 Mark Kozelek is a man whose reputation precedes him. Detractors dismiss him as a tedious miserabilist whilst his admirers assert that his melancholy, dense, allusive and slow song narratives are both affecting and absorbing. There is certainly something admirable in the dogged, stubborn character of his songwriting. What is unsurprising about Among The Leaves, his fifth album under his Sun Kil Moon moniker, is that it retains some of the characteristics of its most immediate predecessors.

Once again, Kozelek’s increasingly mellifluous, modest vocal tones and the his nylon stringed acoustic guitar provide the dominant sounds. Yet this is a long and unwieldy album even by Kozelek’s own standards, and the mood is occasionally punctured by potentially incongruous broader musical arrangements incorporating bass, drums and, occasionally, even keyboards. As well as being Kozelek’s longest work so far, Among The Leaves is also his most fractured and fragmented.

The musical developments are relatively logical though, when compared with the surprising and disarming change in the character of Kozelek’s lyrics. It is probably not going too far to suggest that this is the first Kozelek album where the leading feeling is humorous. It is, inevitably, a particularly droll breed of comedy. Some will no doubt dismiss Kozelek’s self deprecating vignettes about the dreadful rigours and pitfalls of being a touring musician as a premature musical contribution to an imaginary edition of the BBC’s Grumpy Old Men. Yet, for all his world-weary complaining, a strong sense emerges here of Kozelek’s passion for songs and their performance – and it’s hard to imagine him doing anything else.

The verbose song titles alone give a hint of the change in Kozelek’s approach here (I Know It’s Pathetic But That Was The Greatest Night Of My Life, The Moderately Talented Yet Attracting Young Woman vs. The Exceptionally Talented Yet Not So Attractive Old Man are the two most striking examples). The lyrical style is consistently dry, from his hilarious whinge about hating London (“Turned on the TV, there was rioting and stuff/As if this city isn’t depressing enough”) to his musings on the change in his audience demographic (“My band played here a lot in the nineties when we had/A lot of female fans, and fuck they all were cute/Now I just sign posters for guys in tennis shoes”). This irony-laden music reaches a kind of epiphany on Track No. 8 – a reflection on the difficulties that accompany professional creativity that deftly skirts the boundaries of poor taste (“Songwriting costs, it doesn’t come free/Ask Elliott Smith, ask Richie Lee”).

Whilst Kozelek is refreshingly unafraid to display his least attractive qualities here, there is also a strong thread of tenderness running through the record amongst the attacks on the fans and countries that continue to provide him with some kind of income (his concerts, thankfully, suggest that his audience are largely prepared to see the funny side of all this). The Winery and Young Love have haunting and nostalgic qualities respectively, whilst the most extraordinary song here might be Song For Richard Collopy, a mesmerising and beautiful tribute to Kozelek’s now deceased guitar repairer, a man who was clearly as unreliable with timing as he was supremely skilled.

Kozelek has claimed that Among The Leaves was recorded ‘impulsively’, without too much thought or planning. This certainly shows – but this is a positive quality. There’s a childlike, almost nursery rhyme-esque simplicity to many of the melodies here, not least in the way the melodic line of Song For Richard Collopy spirals upwards or the breezy immediacy of Sunshine In Chicago. Previous Kozelek albums demanded listeners live within his songs for weeks or months before fully appreciating them, whereas the playful directness of much of Among The Leaves, from the gently rolling rhythms of the title track to the uncommon brevity of its opening song, mean the songs can be appreciated on a range of levels. Where Kozelek does stretch out, as on the bluesy but demarcated Elaine, it feels like a refreshing change in feel and style.

Over 17 songs, there is also a slow burning cumulative impact. If initially Kozelek’s confessions feel arrogant, bitter or provocative, by the album’s conclusion it is easier to appreciate the nuances that lie between his tragicomic rants. This is a bold, honest and carefree collection that, rather than announcing Kozelek’s frustrated retirement, seems set to point to new and exciting musical adventures, not least a collaboration with The Album Leaf in 2013.