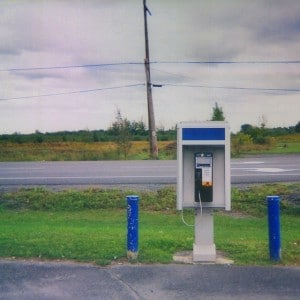 Universal Themes. The title of Sun Kil Moon‘s latest album is, of course, a deliberate red herring. The overflowing narratives here (some of them so experimental with a concept of song form that they can barely be conceived of as ‘songs’) mostly capture moments in the life of Mark Kozelek.

Perhaps that should be moments in the life of versions of Mark Kozelek, given how hard it has become to assess who Mark Kozelek really is. In the past few years, beginning with Among The Leaves’ sort-of-tour-diary set to music, Kozelek has appeared to integrate himself with his work more than perhaps any other contemporary artist. He has forensically examined the minutiae of his daily life, and written quite brilliantly about death, grief, ageing, love, desire and the less than glamorous reality of being a touring musician.

Yet there has been a flip side to this too. Sometimes his instinctive approach has resulted in some thoughtless activity, a combative, perhaps even sleazy side (particularly on stage) and a restless drive to provoke (particularly in the needless beef with Adam Granduciel of The War On Drugs – Kozelek wrote an off-the-cuff, vitriolic and offensive song called War On Drugs: Suck My Cock). This has culminated with his extraordinary public harrassing of music journalist Laura Snapes on stage at The Barbican last week, a disgraceful act to which Snapes responded with immense authority and dignity. However sensitive and nuanced his songwriting can be, not even politically incorrect humour could be a reasonable defence for this behaviour.

So the context in which Universal Themes has been launched in the UK has been unedifying and depressing, one in which it feels like even engaging with this album’s artistic strengths and weaknesses is a further indulgence of Kozelek. He is correct to emphasise that it’s a very different beast from the much admired Benji – whilst that album began to investigate tumbling, cascading prose-poetry and radical autobiographical approach to songwriting, it also retained some aspects of conventional melodic craft, some of Kozelek’s beautiful acoustic guitar playing and some of the more cathartic, emotional aspects of his musical personality. Universal Themes is dense, unconventional and provocative. Much of it is cathartic too – albeit in a very different way from Kozelek’s previous work. Kozelek has pretty much now abandoned editing altogether, and for much of this album has found a spiky, more aggressive musical context for his splurges of self-absorbtion.

Kozelek doesn’t exactly ease the listener in to this brave new world either. Opening track The Possum, released as a teaser download late last year, is a wordy piece of storytelling, the discovery of a possum sparking ruminations on various aspects of Kozelek’s life (including getting a call from Italian film director Paolo Sorrentino and being offered the opportunity to play himself in the new film Youth). Musically, whilst acoustic, it has a certain grunginess and brutal directness, before veering in to more dream-like worlds. It is a scene setter for some of the starker, more jagged pieces here including Little Rascals and Ali/Spinks 2 which mostly forsake melody in favour of an angry form of stream of consciousness. The results are a little uncomfortable, but that may have been Kozelek’s intentions.

There are three songs on Universal Themes that feel like substantial Kozelek works. Birds Of Flims sets a long, compelling first person story (again detailing the Sorrentino film – “How did I end up playing myself in an Italian film set in the mountains of Switzerland?”) to appropriately evocative and cinematic music. The sound is bathed in a gentle reverb that makes the song feel like a reverie. It is a relative departure from the otherwise raw and spare approach to recording throughout the rest of the album.

Kozelek’s aim here seems to be to create something meaningful through the relentless examination of minutiae – he can recall the precise subjects of particular conversations with minor details becoming moments of clarity. There’s one line that seems telling in light of recent events though: “I walked her drunk ass back to her room and, like a gentlemen, I didn’t try” (a gentleman!). Garden Of Lavender is a slow, patiently unfolding song story that appears to say much about Kozelek’s artistic temperament (“my heart is drawn to small, out-of-the-way things”). It’s melodic, but in a slightly more anguished way than is usual with Kozelek. Most interestingly, by the song’s protracted conclusion, Kozelek has abandoned singing altogether in favour of a spoken word approach.

Whilst these pieces retain some of Kozelek’s wistful, melancholic approach to singing and lyric writing, elsewhere he sounds at turns frustrated, aggressive and angry. With A Sort Of Grace I Walked To The Bathroom To Cry (what a title!) is actually not particularly graceful at all, with its bare bones accompaniment of heavily distorted guitar and Steve Shelley’s dogged drumming. Kozelek yelps, shouts and screams with a peculiarly uncomfortable intensity.

Much better is the closing This Is My First Day And I’m Indian And I Work At A Gas Station, a verbose, inspired story-song that combines the dogged, steadfast approach to rhythm with a softer, clearer delivery. It incorporates more of Kozelek’s experiences in Switzerland whilst working with Sorrentino, his girlfriend’s new kitten and a rather self aware observation of his tendency towards rash responses and aggression. There’s also mock self aggrandisement too (”Some people love what I do, some get pissy, but I don’t give a fuck, one day they’re all gonna miss me!”). It also incorporates a fascinating, highly effective passage of entirely spoken word vocals that suggest Kozelek may continue to experiment further with song form and narrative.

It’s often difficult to know whether these songs are rushed and off-the-cuff, or whether they are in fact meticulously planned. As part of the publicity for Universal Themes, Kozelek has been interviewed by El-P (Definitive Jux label supremo and producer and one half of Run The Jewels). Much of Kozelek’s vocal technique now seems oddly close to rapping. It begins to feel as if he might have appropriated some of the bravado, bragging and one-upmanship from that world.

Throughout the album, he references lyrics from his recent past, a technique that perhaps culminates in the admission on the final song that he in fact doesn’t hate guitarist Nels Cline (who took quite a drubbing on the album Kozelek made with Desertshore), but that his name just rhymed with “something or other”. It’s clear that not all of Kozelek’s provocations are serious (perhaps none of them are), but he has certainly reached a point where some self editing is necessary. It is very difficult to separate the artist from the art when the artist makes his art so contingent on the every detail of his own life and existence.