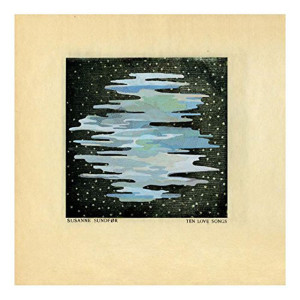 She’s a huge star in her native Norway, but it seems like it’s taking the rest of the world a bit longer to catch on to the genius of Susanne Sundfør. Indeed, despite profile-raising guest vocal appearances with the likes of M83, Röyksopp and Kleerup, it’s unlikely that many people outside of her homeland will know of her five previous albums of brilliantly off-kilter electro-pop.

Whether that will change with the release of her sixth record, Ten Love Songs, is anyone’s guess. For, in the best way possible, Sundfør is not an easy listen. Sure, she specialises in what is effectively pop music, but it sounds like pop music beamed in from another planet, with an astonishing quota of ideas crammed into the album’s 10 tracks. And while she’s perfectly adept at turning out a Euro-pop banger like Kamikaze, she’s also more than happy to throw in a 10-minute quasi-classical ballad featuring a surprising amount of church organ music.

Sundfør is what Lana Del Rey could be if she stopped moping about bad boys and wore something other than that damned red dress. Accelerate seems to bottle that indefinable quality that all good Scandi-pop music has – menancing, eerie and resolutely downbeat, but always accessible and danceable – and adds layer after layer of oddness onto it. So there’s a ridiculously catchy chorus that buries its way into your brain almost instantly, but there’s also a moment where you feel like you’ve accidentally broken into a particularly spooky abandoned church and you could be trapped in there forever.

So, it’s electro-pop, but not as we know it. Opening track Darlings sounds like a distant cousin of The Pretenders‘ Hymn To Her, the perfect introduction to Sundfør’s world, with her strong voice shining against a quiet, restrained synth line. It’s an eerie, otherworldly sound, one expanded and perfected on the extraordinary centrepiece that is Memorial, the type of song that teeters on the edge of self-parody but never tips over into ludicrousness. It’s a 10-minute long lament to a lost lover, dreamy and elegiac, with Sundfør’s voice often breaking with emotion as she rails against the man who “took off my dress and never put it on again”. And then, halfway through, it takes a thrilling left-turn into baroque chamber music, when the piano line running throughout the song seems to take on a life of its own, and bursts into colour with the aid of a gorgeous string section. It’s a staggeringly beautiful piece of music.

Ten Love Songs then as an album surprises you with each listen – be it on the huge-sounding Delirious, which sounds reminiscent of Tove Lo‘s more epic moments, or the stunning, harp-accompanied Silencer with its unnerving opening line of “Here I stand, with a gun in my hand, waiting for the water to come”. These may be 10 love songs, but the focus is very much on the darker, more obsessive side of love – anyone wanting a fluffy selection of tracks to celebrate Valentine’s Day is best off looking elsewhere.

For everyone else though, Ten Love Songs is an enormously creative, endlessly surprising album. While Sundfør may still be seen as a bit too left-field to break into the mainstream, if you somehow miss this album you’re seriously missing out.