Swans – To Be Kind

by Ross Horton
published: 12 May 2014 in Album Reviews
Tweet 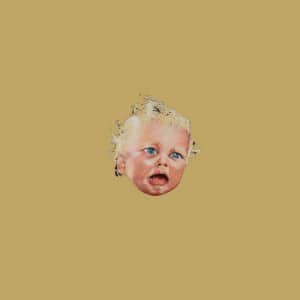 Rarely, if ever, is a band afforded as much praise, opinion, reverence – and time – as M. Gira’s Swans. Praise because more often than not they deserve it; opinion because more often than not different people hear different things in the music; reverence because there’s a significant lack of bands with such a monstrous catalogue (possibly only Nick Cave trumps Gira’s band in hit-to-miss ratio); time because, well, their last two records have – for better or worse – seemed to go on for an age.

At some point when you’re listening to To Be Kind, you have to stop. You have to take a break. It is simply impossible to listen to the entire thing in one go. In the two hours that To Be Kind occupies, you could listen to the first three Stooges albums and still have 15 minutes spare (there’s a track on To Be Kind that is longer than the entirety of Raw Power – that’s not even a lie). You could listen to the first Swans record three times in two hours. Hell, the last album you listened to that even came close to two hours was probably The Seer, unless you’re into prog-rock.

The question is, is it worth it? Is spending two hours having your central nervous system refitted a worthwhile experience? Does anybody actually listen to these entire records?

The answer is a resounding yes. The very notion of a two hour record is preposterous – and you bet M. Gira knows that. He knows that his latest two records have asked more of his listeners than any of his previous works – and that includes Holy Money, one of the most brutal collections ever scorched on to tape. To Be Kind is, well, a lot kinder on the ears. It’s even ‘listenable’. Who’d have thunk it?

Album opener Screen Shot, is straight-up hypnotism. The tantric bass pattern and Gira’s eerie monosyllabic chanting combine effortlessly with two layers of percussion: the first a metallic, Bargeld-ian clattering of some metallic instrument, the second a twitching, hyperactive pattern on an actual drumkit. Like most of the tracks on the record, it grows outwards – it becomes gradually more unhinged as the tune ploughs ever forward, before a wall of caustic guitar feedback becomes the ad-hoc outro.

Gira’s favourite person ever Howlin’ Wolf gets a shout-out in the title of the next track Just A Little Boy (for Chester Burnett) – it’s a sedate, mildly atonal seesawing number that features some disorienting moments: snatches of screeched vocals and canned laughter tease but never torture. By and large the track is – and say it quietly – comforting in its sedentary pace and easy blooze vibe.

Little God in My Hands takes influence from John Lydon – Gira’s vocals in particular sound like Rotten at his sneery best. Just listen to how he scrapes those words out of his mouth: “Forever haaaateful/ Forever beauuuutiful/” The creepy backing vocals are provided by the future Mrs. Gira, Jennifer Church – an moment of nepotism that’s totally merited, if her suitability to Swans’ sound is anything to go by.

Bring The Sun/Toussaint L’Ouverture (a great Wikipedia adventure is awaiting you… go go go) is like attending a ceremony at the church of Charles Manson… over the enormous (longer than Raw Power!) duration of the track, you basically get to experience an entire acid trip without touching any of the nefarious little tabs. It’s kinda like The Doors, if Jim Morrison were clinically insane… in fact, it sounds like a precise cross-pollination of Horse Latitudes and The End. Dig that!

Oxygen is a ragged highlight – the bone-dry guitar crunch, vibrant brass and rabid percussion combine with Gira’s gruff yowling to make one of the finest numbers since Swans’ reactivation. Maybe it’s because it hits harder than the other tracks on To Be Kind, maybe it’s because it livens the record up significantly… whatever the reason, it works. It’s actually a lot of fun, too.

There are milder moments in the form of Some Things We Do and the title track, along with the second shout-out on the record Kirsten Supine – this time a nod to Kirsten Dunst, star of Gira’s beloved Melancholia. Odd but true.

Hahn, Harris,Westberg, Puleo, Pravdica, Cold Specks, St Vincent all the way to John Congleton make up the roll-call for the record… but make no mistake – you won’t be wondering how any of them still have the stones to make records like this. It’s all about Gira – always has been, always will be. And here, Gira shows that the Swans resurgence isn’t a fluke. Not even close.

Of course it gets full marks – how could it not (has he made a record recently that didn’t completely stagger you?) However, it’s not the best Swans album (you already knew that). But you could count on one hand the number of bands/collectives capable of making a record this densely populated with enjoyable moments and scare-you-shitless tones. If you’re already a Swans fan, you won’t listen to it as many times as you’ve listened to Children Of God, Holy Money or the equally-gargantuan Soundtracks For The Blind, but you’ll love it every time you do hear it. Guaranteed.