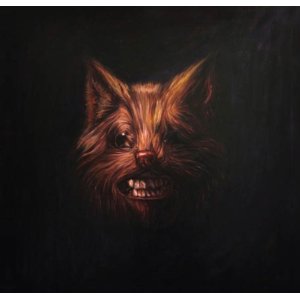 Quantity appears to be one of the defining themes of contemporary music in 2012. In the world of improvised music, Wadada Leo Smith has released Ten Freedom Summers, an unwieldy but masterful 4CD set of compositions documenting the Civil Rights struggle. By way of contrast, the bewildering enduring success of Green Day will surely continue in spite of the challenge posed by three new albums no doubt consisting of as many chords. The Seer is a massive double album that stretches to two hours in duration but actually feels a whole lot longer. It is the second studio album that Michael Gira’s enduring collective have released since their recent reformation, the group now joining the likes of Dinosaur Jr in demonstrating that reformations need not be purely nostalgic exercises. 2010’s My Father Will Guide Me Up A Rope To The Sky may have had a more verbose title, but it was a pithy and disciplined work compared with this grand indulgence. The Seer is somewhat dictatorial – an unyielding and unapologetically serious beast that seeks to impose its will on a captive audience by whatever means necessary.

Swans have tended to share a brutalist aesthetic and frazzled, bombastic intensity with the likes of Einsturzende Neubaten or The Birthday Party. Age has not mellowed them – but perhaps Gira revealed enough of his more nuanced side with his Angels of Light project and with his support for eccentric folk singers such as Devendra Banhart. In concert, the band are theatrically violent, domineering and very, very loud – an intentionally provocative and polarising force.

Gira’s preoccupation with relentlessness, circular forms and static droning has continued in Swans’ reformation phase. It can be brilliantly effective, but can also feel a little strained and self-conscious at times, particularly when accompanied by brooding lyrics and when taken to total excess. For a while, The Seer is hypnotic and deeply absorbing. Lunacy could serve as the soundtrack to a dark, surrealist horror movie, whilst the pulverising groove that begins Mother Of The World seems appropriately cruel and maniacal, whilst also providing a driving physicality.

Yet The Seer later takes turns that stretch credulity to the very limit. Whereas the band’s harmonic stasis can create unparalleled intensity, it can also be stultifying and draining. The album’s title track stretches to over half an hour, feeling like something of an endurance test. It is full of intriguing sounds, demonstrating the band’s continuing fondness for unusual percussion. Yet whilst the textures do vary to an extent, its mood feels constant and oppressive. Thirteen minutes in, it reaches what feels like a climax, but then proceeds to deliver successive pounding body blows that feel unending. Somehow it all feels so carefully orchestrated and engineered – there’s no ultimate moment of flight or any real sponteneity. There’s also a genuine arrogance in this attempt to render all other contemporary music moribund and unnecessary.

With considerable irony, its conceptual coda, The Seer Returns, sounds more dramatic and says a good deal more in its much more concise six minutes. Then comes the disheartening realisation that the album still has over an hour left to run. Indulgence need not be a bad thing – indeed, without it, many of popular music’s great masterpieces may never have been made. But even artists operating in radical orbits – the avant-garde, improvised forms, post-industrial heavy rock – sometimes need to set themselves restrictions in order to create something meaningful and honest. It probably does not help that Gira’s approach is so humourless and his vocals so dispassionate and dry – The Seer’s centrepiece feels like a deliberate challenge to see how long an audience might be prepared to stay listening.

Those who do brave it out will, at least in part, actually be rewarded. There’s a sublime moment of uncharacteristic beauty, much closer to Angels of Light than the usual Swans sounds, on Song For A Warrier, which features a vulnerable-sounding Karen O. The chiming bells of Avatar help it to move with real purpose and menace. Of the long form pieces, the closing The Apostate is by some distance the most impressive – veering through a range of sounds and approaches, from mysterious droning to abrasive noise and a lithe, attacking groove. Swans have certainly retained a distinctive and effective sound – a sound that may yet have had real impact had The Seer been even half as long as it is. There will be many who will, as Gira himself obviously does, consider The Seer to be a brilliant apotheosis of the Swans aesthetic – a tantric masterpiece that provides a decorated summary of their continuing journey into darkness. It would be wrong to deny them this interpretation. It must surely be closer to this than to any kind of entry point for the uninitiated. This is of course not the first time Gira has stretched Swans’ concept and approach to breaking point – and perhaps he should be admired for doing so in the attention deficit world we now inhabit. Swans have been praised for their creation of emotion through intensity – but this protracted experience leaves a presiding numbness that threatens to override its moments of brilliance. It’s a work that demands to be listened to – but it’s difficult to want, with any certainty or honesty, to listen to it again in its entirety.