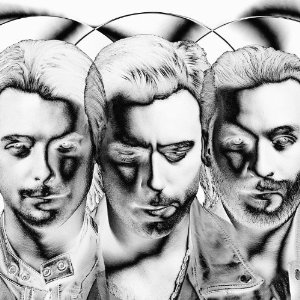 Swedish House Mafia are undeniably enormous. One doesn’t simply sell out Madison Square Gardens, after all. In a year that saw them practically raze the Milton Keynes Bowl, perhaps now is a good time for a compendium of original tracks, remixes, exclusive collaborations, club favourites and solo productions. Yet Until Now never quite shakes the feeling of being a little gratuitous – a few euphoric gems aside, there isn’t enough creative spark on the record to justify its existence, and listening to it feels about as useful as attending a Swedes gig without the live atmosphere.

Poised, honed Greyhound is a nice, comfortable opener. Imagine if you accelerated Kraftwerk and Daft Punk round the Large Hadron Collider and smashed them together, and you’re pretty much there. It’s not the only big hit lurking on the record, either. Every so often, something familiar will bubble up to the surface of the mix. Tinie Tempah snarls into focus, stamping his Bold B-B all over unsuspecting Erik Hecht. Elsewhere, we get not one, but two versions of Save The World, one of them graced by none other than Ferry Corsten. The Swedes are nothing if not well-connected. Though perhaps trying to smash One out over You Got The Love is a little presumptuous. She’s playing with Calvin now, Axwell – back off.

It’s still not entirely clear how young indie star Georgi Kay found herself in the middle of a house record, but on Ivan Gough‘s In My Mind, she really does the trick. SHM’s re-version is predictable, applying their standard formula for remixes – Step One: crank it up a harmonic scale while repeating a line of the chorus. Step two: pound out the ‘orchestra hit’ more enthusiastically than a child let loose on a Casio keyboard for the first time. Still, it could be worse – they could have left Flo Rida in the mix.

Indeed, it isn’t always clear what the point of Axwell, Steve Angello and/or Sebastian Ingrosso is exactly. Every exciting, memorable aspect of Angello’s version of Pendulum‘s The Island is present in the original. It’s not clear what SHM have added here, but Pendulum’s totemic riff would perk up most albums, so why not this one? Meanwhile, John Martin‘s vocals on Don’t You Worry Child have more than a touch of Gary Barlow to them, but the track itself won’t rock any boats (or giant elephants, for that matter) – not shabby, by any means, but nothing sharp-edged or arresting, either.

That’s not to say there aren’t any gems, though. The fall off to nothing but wobbling percussion on Leave The World Behind is genuinely chilling. Furthermore, the remix of Every Teardrop Is A Waterfall is quite possibly the greatest Coldplay remix ever fashioned. New harmonies add a wistfulness to the mix, before a break that can’t be listened to without a sudden urge to let off fireworks.

Unfortunately, these are more than cancelled out by some gutting errors. The version of M-3ox‘s Beating Of My Heart sounds decent enough, and the prospect of the impending mash-up with Temper Trap sets the hear aflutter. Sadly, then, when it happens it provides the biggest let-down of the album. Dougy Mandagi‘s vocals sail onto the rocks of the wrong part of the key signature, beaching the remix like a mournful whale.

If this had been a live album, it’d be worth the effort. Turning off the lights and passing round some glowsticks might be good preparation for a CD version of what is essentially a live set. But at nearly 80 minutes of variable quality, don’t expect to be able to sit down and listen to it without needing to make a cup of tea halfway.