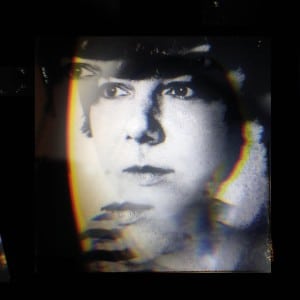 Sweet Baboo – the performing name of Stephen Black – is a product of Wales’s fertile and reliably strange music scene, hailing from Trefriw and having performed with compatriots Cate Le Bon, Gruff Rhys and Euros Childs. On his fifth album The Boombox Ballads, Black claims he “wanted to explore more what it was to be a ‘Singer’ as opposed to a ‘Singer Songwriter’”.

In practice, this new approach results in an eschewal of minor-key mopeyness and an embracing of Tin Pan Alley-style songwriting, lush string arrangements and unabashed sentimentality. Yet the tracks that most fully embrace this new, old-fashioned approach are the least interesting. This isn’t necessarily attributable to the tunes – which are generally sturdy – or the arrangements – which are meticulous throughout – but with Black’s voice and the words he sings.

For Black is manifestly not a ‘Singer’ with a capital ‘S’: his voice recalls that of Cherry Ghost’s Simon Aldred with a more limited range. Across The Boombox Ballads, he declares love of the puppyish variety: “Let’s get landlocked girl / ‘Cause who needs the beach when I’m with you?” (You Are Gentle); “Baby, let’s stay up all night until we’re crazy and sleep-deprived” (Sometimes); “I have a girl that I do love and for me that is enough” (Two Lucky Magpies).

But Black runs into trouble when he hits upon a metaphor and proceeds to hammer it into the ground. The nadir arrives on Tonight You Are A Tiger, whose every verse introduces a metaphor of increasing tweeness. First, the subject is a tiger (“bite me in the belly, pierce my skin and dive right in / and roll me round your mouth and tongue till you’ve tasted everything”), then a future museum exhibit (“let me be your mammoth and your palaeontologist / cause I was born to keep you warm on those cold archaeological digs”) and, finally, the boombox of the album’s title: “You are my boombox, the JVCOCM19 / and all I wanna be is your shoulder and carry you up and down the street”. Neil Hannon can pull off this kind of whimsy; Black cannot.

The Boombox Ballads is at its best when Black’s new “Singer” tendencies are mixed with weirdness. You Got Me Time Keeping – the catchiest thing here – begins like a Northern Soul stomper before taking an odd detour through hallucinogenic psychedelia. Walking In The Rain initially rivals Simon & Garfunkel’s The 59th Street Bridge Song for cutesiness (“look, there goes Billy the seal from the lido up the road!”) before the arrival of a disquieting, off-key middle eight in which Black describes himself as “a lovely little man / I look good on paper” in a quivering falsetto.

The album is far from a lost cause. Sometimes, Two Lucky Magpies, Over And Out and the Bibio-esque titular instrumental are all lovely. But The Boombox Ballads annoys almost as much as it entertains.