Take That – The Circus 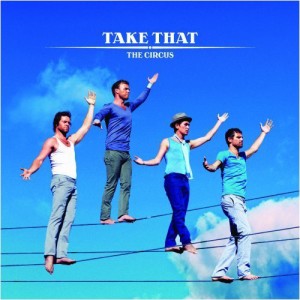 At the time, Take That’s decision to reform two years ago didn’t look the smartest move. With former colleague Robbie Williams selling out stadiums, the reformation of Gary, Mark, Jason and Howard looked like one desperate last throw of the dice.

Of course, it now looks like a stroke of genius. Take That made the smart move of maturing with their audience, meaning the thirtysomething housewives who grew up with them could fall in love all over again. It helped that, in Patience and Rule The World in particular, Gary Barlow had lost none of his knack for penning a great pop song. Robbie Williams, meanwhile, is now a bearded Californian recluse hunting for aliens. Funny how things turn out.

So, apart from the unfortunate knock on effects of inspiring other former teen idols such as Boyzone and New Kids On The Block (surely a job for the Trades Description Act?) to give it another go, Take That v2.0 can be counted as an unqualified success. And just one listen to The Circus is enough to convince that the commercial success of Beautiful World is very likely to be repeated.

Whether it’s as good as its predecessor is a moot point though. Too much of The Circus sounds lazy and by the numbers. It’s not helped by the fact that Mark Owen takes lead vocals on a fair few of the tracks – he may well be the nicest guy in showbusiness, but his reedy vocals soon wear thin over the course of a full album.

Barlow’s songs just aren’t as good as previously. You’ll struggle to hear something with the pathos and vulnerably of Patience, or the sheer danceable joy of Shine here. Instead, we get sub-Coldplay piano chords on How Did It Come To This and cliches and platitudes like “today this could be the greatest day of our lives”.

They haven’t entirely lost their touch though – Julie has a brilliantly catchy chorus of “sha-la-la-la-la-la I love you” and has ‘massive hit’ written all over it, while the title track boasts one of Barlow’s loveliest melodies. The aforementioned How Did It Come To This has some intriguing lyrics about a girl in Camden Town, OCD and schizophrenia which are rumoured to be about a certain Ms Winehouse.

Elsewhere though, there’s a slightly manipulative feeling about proceedings. Hello even references the credit crunch with mention of house prices falling and a horrible twee chorus about birds singing and bells ringing. while Greatest Day is all sheen and no substance.

Worst of all, towards the end of the album, it all descends into bland mush with Hold Up A Light sounding like Barlow’s attempt to write a Coldplay/Snow Patrol hybrid, but doesn’t particularly work. Here though does makes for an impressive closer, featuring a swirl of Beatles-ish instrumentation, before segueing off into an endearingly daft hidden track, She Said.

While The Circus will undoubtedly sell bucketloads of copies, it does all become rather samey after a while. As reunions go though, this one seems to putting the likes of All Saints to shame.

Take That MP3s or CDs

Take That on Spotify