Taken By Trees – Other Worlds 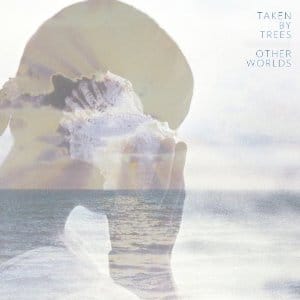 Victoria Bergsman’s voice will be familiar to some from Peter, Bjorn And John’s perennial indie anthem Young Folks. Taken By Trees is her own project, and Other Worlds represents her debut on Secretly Canadian. Although mostly inspired by a trip to Hawaii, there’s a definite global flavour to the album, and it goes some way to fulfilling the disc’s ambitions of evoking lush island imagery.

As you’d expect from the subject matter, there’s a serene and exotic seam running through this album. Described as an impressionist poem, the chilled-out dub matches the relaxing pace of the island-hopping life. You can almost feel the sand between your toes and picture the vivid sunset as you walk along the beach. The predominant feeling is of floating; this isn’t so much an album that demands your attention, but is rather one that you feel yourself drifting through. It’s all well and good if you like that sort of thing, but more demanding listeners might tire of the album’s gently lapping waves of sound.

There are little tricks and flourishes that add a bit a spice, and a feeling that Bergsman’s impressions of Hawaii can also be applied to the rest of the world’s stage. There are layers of Jamaican dub, steel drums and hints of Paul Simon’s Graceland to be heard amongst the tracks. Brownie points are earned by giving each track these distinctive forms of accompaniment, but there’s also the nagging feeling that everything begins to sound a little similar and over-synthesised after a while.

Other Worlds achieves what it sets out to do, but it’s a very travel-brochure view of the tropics. Young Folks has evidently been a hell of a calling card to live up to, but Bergsman’s Nordic-ice cool and somewhat passive vocals anchor you too far from the Hawaiian shoreline. Instead it feels like you’re watching from a boat, gently bobbing up and down, and seeing things unfold in the distance. Artists of this kind can’t all be Merrill Garbus type figures, grabbing you by the lapels and throwing as many global influences as they can at you, but you do yearn for a little bit of chaos in all the calm.

Other Worlds is a pleasant, but modest experience and, while an effort has been made to stamp every track with distinctive hints, the end result is an interesting but arguably undemanding work. Your ears will be gently massaged and soothed, but there’s not much to make them fully prick up. If that doesn’t bother you then order a cocktail and kick back in your sunlounger. There are certainly worse places for the trees to take you than Hawaii.

Taken By Trees MP3s or CDs

Taken By Trees on Spotify