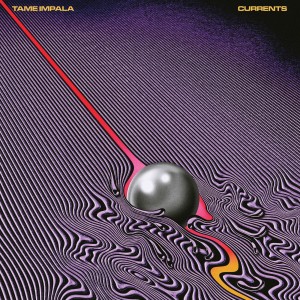 Three years on from the brilliance of second album Lonerism, Kevin Parker and chums – although it’s admittedly hard to see this as anything other than a solo venture as Parker wrote, produced, recorded and mixed the lot virtually single handedly – Tame Impala re-emerge with their third collection of psychedelic-swathed ear candy. This time, though, it’s less Syd-Barrett era Pink Floyd and more recent memory Daft Punk.

From the psychedelic rock of debut Innerspeaker, Lonerism saw a shift towards poppier psychedelics and Currents continues the musical evolution, all but banishing fuzzy pedal-laden guitars and replacing them with synths, pinned down by some funky beats amidst the usual spacey swirls. Stretching boundaries is what it’s all about according to Parker, almost to the extent of transporting the listener to a place where only drugs can take you.

The 13 songs here are essentially 10, with three tracks working as interludes rather than fully-fledged numbers: the shuddering synth waves of Nangs and Gossip are largely throwaway effects but Disciples annoys, its sub-two minute brief appearance is excellent but just way too short; it could have been something pretty special.

Several tracks hit the airwaves prior to the album release, most notably ‘Cause I’m A Man and the sprawling masterpiece that is album opener Let It Happen. The former plods along at a soulfully pedestrian pace with Parker’s falsetto vocal more central in the mix than Tame Impala fans will be used to: it’s a rather splendidly constructed piece of beauty that is something like a ‘70s ballad drenched in lashings of sultry psych. Let It Happen, however, is something else: stunning electronica, persistent percussion and gently pulsating bass come and go between gorgeous cloud-floating dreaminess before a synth melody that will bounce around the brain for weeks enters the fray, at times the sticky repetition will have vinyl listeners checking for scratches and skips. At almost eight minutes long it’s simply an epic experience that makes the album essential all by itself, its conclusion mimicking the vocoder preferences of Daft Punk with similar sounding keyboard effects furnishing the vocals.

The Moment is another pleasant, swirly cut with Parker’s falsetto contrasting the underpinning bass and sparkly synths perfectly whilst Yes I’m Changing is a dreamy experience that includes some tinkly synth sounds akin to New Order’s Elegia from Low Life, sounding like a glitzy ‘80s ballad given the psychedelic treatment. Break up song Eventually follows a similar path, benefiting from more familiar bursts of fuzz amidst its floaty message of being happier without someone – eventually. The faster funky beat of The Less I Know The Better then appears and is a major highlight that sees Daft Punk territory approached again.

Unfortunately, the formula begins to become a little over-trodden by the end of the album, many songs sounding similar with little within them to distinguish them in their own right, such as Reality In Motion that sounds a bit like Scritti Politti daubed in psych swathes, while Love/Paranoia also offers little respite.

When Parker mentioned that the purity of a Fleetwood Mac track had been part of the inspiration behind this latest collection of songs, it was probably enough for die-hard fans to raise a concerned eyebrow. But for those that are willing to kiss goodbye to the guitars and join Parker on his latest detour, you’re likely to get swept away by the dreaminess of Currents. It’s just a shame that the undeniable majesty of opener Let It Happen sees the album peak at a high it can never hope to reach for the remainder of its existence.