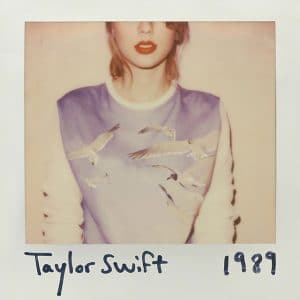 What else can be said about Taylor Swift‘s 1989? From editorial discussions asking if this will finally be the 2014 album that sells over a million copies and somehow “saves” the ever-anaemic music industry, to the accusations of Swift betraying her country-music heritage (“Et tu, Taylor?”), to a mounted counter-defense that this young woman is just figuring out who she really was all along, to various gossip sites trading ideas to which ex inspired which song, to complaints it’s not available to stream and has to, you know, actually be bought; the list just goes on.

But the question remains: How good is 1989? Well, no fear, it’s good. In fact, some parts are great, with variety and skilled craftsmanship with little filler. Pop music can be a soulless machine, but Swift injects enough heart and personality to fight the tide. Production, handled by 12 producers including Swift on five songs, is top-notch. It starts with Welcome To New York, a light-hearted ditty that’s been trashed as a newcomer’s idea of the Big Apple, which is technically correct. It is shallow in regards to describing specifics of the city, but when Taylor sings “The lights are so bright, they never blind me,” one gets the feeling it’s not just about New York, but the universal experience of being somewhere new and exciting. The distorted handclaps with bright, happy synths give life, and the songs begs for a remix.

The next song, Blank Space, is one of the album’s best. Style, a song that would do well in the film Drive, is all ’80s neon cool; James Dean references, pulsing synth, canyon-level vocal reverb, and the refrain “We never go out of style, we never go out of style.” The epic sing-a-long Out Of The Woods seems like an outtake from Simple Minds‘ canon, and How You Get The Girl’s ode to chivalry works for its chorus alone. I Know Places features an instrumental not of place on The Marshall Mathers LP by Eminem, sounding like an early demo of The Way I Am. Full of paranoia–that jangly, skittish piano warbling alongside the anxious beat, with Taylor telling her confidante she knows “places to hide” and how “we are the foxes, they are the hunted.”

Then Shake it Off- a bizarre mixture of Pharrell‘s Happy, Florence And The Machine‘s refrain to Shake it Out, and those compressed horn sections that are so popular post-Mackelmore – is catchy. Annoyingly catchy. As in, don’t listen to it before bed, because your night’s sleep is at risk. The ridiculous talking section, reprinted here in all its awful glory- “Hey, hey, hey,” she says with tongue in cheek, “just think while you’ve been getting down and out the liars and dirty, dirty cheats of the world you can have been getting down to this sick beat!”- evokes Beck’s similar cool monologue on the classic Debra.

While the best argument that Taylor should try singing more songs in her lower range, Wildest Dreams is also the album’s only clear dud. Other critics have already pointed out the Lana Del Rey comparisons: the breathy, swooping vocals, the dream-like strings, and the overall tone screaming Born To Die. It feels wrong to hear Swift sing this way when her real voice – though often criticised for its limited range and for being plain-sounding in comparison with the likes of Beyoncé, Del Rey or Adele – works to her advantage in connecting to a listener. Taylor Swift’s singing is not the Mysterious Other, but The Girl Next Door and The Best Friend You Always Wanted. Her voice is a voice of us, the Beautifully Average. Wildest Dreams subverts that notion unsuccessfully, like the sonic equivalent of watching your sister wear heavy makeup and talk with a posh accent.

The ballad This Love has the least amount of production or gimmick and is, coincidence or no, the album’s best song. The chorus melody alone is so good, it would arguably be improved sung over a lone acoustic guitar, with all those contradictory classic Swiftian (is that a word?) lyrics left to sink in: “This love is good, this love is bad, this love is a life back from the dead, whoa/ These hands had to let it go free, this love came back to me.”

Regardless of its hits and misses, 1989 attests to Swift’s uncanny ability to move through any genre like a changeling. What worked for her in country works for her in pop music, because Swift’s never been a country musician or a pop musician. Everything about her points to an artist who follows her muse, not any one artistic box. While not completely successful in showcasing in her transition into pure pop, 1989 is a great listen for those refuse to believe both the hype and the haters.