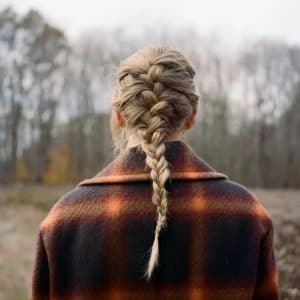 Taylor Swift wasn’t lying when she said she would never give us peace. After announcing the re-recording of her masters, nobody expected that the new music we would be hearing from Swift would be so, well, new. July’s release Folklore went on to create magical worlds of whimsical stories which earned her many a Grammy nod. And it appears that the singer-songwriter didn’t want to come out of the woods just yet, as she surprise-releases sister album Evermore a mere five months later.

Willow begins the album with a haunting outlook, featuring captivating such lyrics as “life was a willow/and it bent right to your wind” which follow Swift’s signature clever progression, lilting vocals and incantation-like acoustics consisting of violin and glockenspiel. Nods to her previous tracks can be found as if she, herself, has become folklore – crafty. It’s a pretty track, with less of the hard-hitting pain that was to be found on Folklore’s lead single Cardigan, but with tracks like Tolerate It and Coney Island coming up, you’re glad to be eased into the depths.

It’s clear with evermore that although Swift wanted to travel further into the Folklore-ian woods of indie-folk, she also wanted to push the sonic playfulness further. Whilst folklore was very stylistically controlled in genre, tracks like Closure are fittingly awkward and off-beat in production and No Body, No Crime features not only the Haim sisters – one of the limited number of female features swift has explored – but is a full-blown country revenge novel masquerading as a song.

There are instant parallels to sister album Folklore, a clearly intended choice. This whole concept of a sister album is unusual for Swift, who tends to leap to deny and oppose her previous album with her latest one. Happiness is My Tears Ricochet nuanced to the max, whilst there are even notes of Swift’s 1989 in Gold Rush, a track decorated with ’80s synth-pop we thought we’d never hear again, as well as having an Antonoff pop-spin reminiscent of August. Swift has also once again favoured sumptuous poetical narratives rather than stadium-ready hooks, but unlike Folklore – which feels intimate and cosy – this record leans into the nuances of restlessness both lyrically and sonically. This may not appeal to everybody, but it sure is fitting.

Full of melancholy figures and tumbling piano, it lacks the neatness of Folklore which kept us snug in the first half of the year. The storytelling is harder to follow and the melodies harder to catch, flying away on fingerpicked acoustic guitar. Tracks such as Happiness and ‘Tis The Damn Season are so aggressively experimental they’re hard to unpack immediately, whilst Ivy and Dorothea (which Cleverly flips a country cliche to the same degree No Body, No Crime leans into one) are instantly listenable and fun.

If Folklore felt like coming home for Swift, whose storytelling has been a part of her armour for so long, then Evermore is the process of coming home to realise that you’ve changed, the childhood house looks smaller now, and everything isn’t quite as it was; it’s somehow both magical and sobering. Evermore is Folklore’s wiser, potentially more chaotic, sister. Tracks like Marjorie and the Bon Iver-featuring title track instantly show that perhaps this journey of change can be just as memorable as the destination. The former is a raw and guilt-ridden depiction of grief with a touching backstory, whilst the latter is a ray of hope we were yet to see on Folklore’s closer.

In all aspects has Swift built upon her work on Folklore, creating a vast soundscape of poetical stories, and it is only at the end of this album you realise that Folklore did leave you wanting. Evermore also does this, not because it doesn’t reach up to the pedestal of folklore – in contrast, it covers the more complex ground – but because it is the human condition to hope, want and dream. And if this human paradox is what Taylor Swift wants to explore evermore, perhaps we should let her.