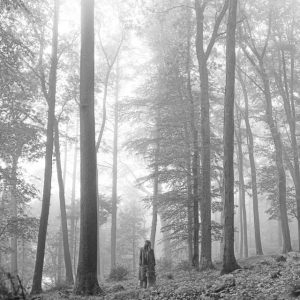 It almost feels like a fever dream that Taylor Swift, a devotee to the long length album cycle, would announce an album less than 24 hours before its release. With little opportunity for her (sometimes worryingly) observant fans to hunt for crafted “easter eggs”, folklore’s full 16 tracks have been dropped with no promotional singles, a whole lot of greyscale woodland vibes, and a tracklist that was as elusive as it was alluring.

Releasing the album because “if you make something you love, you should just put it out into the world”, as well as the title folklore – stylised all in lowercase – all hinted at a freer Swift, and a genre switch-up that folklore more than delivers on. Swift has teamed up with indie icons The National’s Aaron Dessner and Bon Iver to give us a concept album full of bittersweet romance and movie-like narratives, firmly in indie-folk territory. This is Swift at her most experimental, nostalgic, and creative; the stories of masquerade revellers, love-struck teenagers and the month of August being sipped away like a bottle of wine almost demand to be played, and preferably on vinyl.

Opener The 1 is a finely calibrated and cleverly written track that sets the tone for the rest of the record: a vibrant beat reminiscent of the smooth jazz track False God, mixed with soft piano, and poetically heart wrenching lyrics: “we never painted by the numbers baby, but we were making it count”, “you know the greatest loves of all time are over now”, “persist and resist the temptation to ask you if one thing had been different… would everything be different?”. Swift’s vocals are enigmatic, honey-smooth, and the production is fresh, allowing the imagery and narrative to mesmerise. Stylistically, the production follows suit for the rest of the album, in that Folklore is sonically fairly acoustic – comparatively stripped back to much of Swift’s recent discography, but completely full of her imagination and wonder.

Exile, featuring Bon Iver, is the mature older sister to Red’s The Last Time; Justin Vernon’s voice is characteristically strong, and the bridge a true highlight – getting better with every play as you tragically observe two people who can’t quite get on the same path. This is a prevalent theme of much of Folklore: Swift explores the whimsical, fickleness of life and love. Inspired by the fact that current times have shown everyone that “nothing is guaranteed”, this theme shows in the characters she has created, and makes you want to call a lost love. It feels searching – with haunting gospel for My Tears Ricochet (about a ghost watching their tormentor show up at their funeral) and Epiphany a theatrical, expansive piece with marshal trumpets that reflect its battle subject matter. Betty is more upbeat – perfect for those who loved Taylor back before she became a pop sensation, glittering with a funky harmonica, it explores a somewhat fickle 17 year old boy learning how to apologise.

Invisible String is an almost chaotic clash of folk, blues and pop; simultaneously calming and yet a lot of fun – the lyrical successor to the titular Lover, this is Swift using her native country song structure and applying it to this more grown-up sound. Folklore is lyrically and musically complex, a crafted stream of consciousness, on a grand scale. Full of Swift’s characteristic wit (see: The Last Great American Dynasty), her love of the best memories made in simple moments (see Invisible String and Cardigan) and a splash of her new-found political voice in Mad Woman. It is unfortunate, however, that this album doesn’t cover more of that political scope, as Miss Americana & The Heartbreak Prince on 2019’s Lover album was so purposeful.

Taylor Swift is well known for championing the album format as a celebrated body of work, pushing against the more popular option for artists to focus on singles charting. She is also known for her meticulous planning of these albums, systematically releasing her work once every two years for the first seven albums, only disturbed by 2017’s electro-pop return from the dead Reputation – a record villainous-turned-vulnerable. Does this surprise release, then, crumble down the castle that Swift has very delicately built over the last 14 years? Not at all. Overall, it is an unexpected success – a trajectory so different from Lover that you may be given whiplash if you jump from Cruel Summer with that infamous growl, to something like Hoax on this release.

What Folklore ultimately achieves in its narrative of escapism is reinforcing the notion that Swift isn’t one of the greatest 21st century artists because her work is autobiographical, or because she leaves cleverly crafted clues leading up to her albums (although these are all interesting elements) but rather because she is, first and foremost, a storyteller. Folklore is sad, beautiful, somewhat tragic, a little bit off the wall, but most of all it feels free. It appears Swift has become the indie record much cooler than hers.