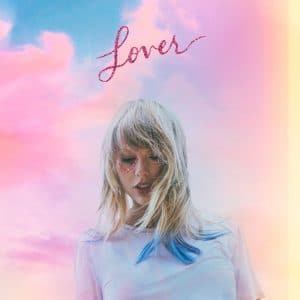 It was two years ago that Taylor Swift insisted that the old version of herself couldn’t come to the phone anymore because… dramatic pause… “she’s dead!”. That was a slight exaggeration of course – there were plenty of hints of the ‘old Taylor’ on Reputation, but it’s undeniable that the dark tone and angry score-settling nature of the lyrics seemed to fit a bit uncomfortably.

So now we have Lover, professed as a return to the big, bright pop that Swift made her name with, and a sunnier, more optimistic outlook. Sparse opening track I Forgot That You Existed is the standard kiss-off to an ex-boyfriend that she’s built her reputation on, but there’s no drama anymore – “it isn’t love, it isn’t hate, it’s just indifference”. There’s a couple of clever meta-references (“Got out some popcorn as soon as my rep started going down, down, down”) and even a reference to Drake. The message is clear: the old Taylor maybe isn’t quite dead, yet.

There’s a lot to take in over the hour-long running time of Lover – possibly, a little too much. At 18 tracks, it feels far too long and the seemingly endless list of collaborators and guest stars (including St Vincent, the Dixie Chicks and Brendon Urie from Panic! At The Disco) sometimes threatens to overwhelm Swift herself. We may be in a streaming-friendly age where albums with nearly 20 tracks are the norm, but in this case it results in a rather bloated, unfocused record at times.

Yet when Lover hits its high points, as it does several times, it serves to remind that Swift really does know how to write a pop song. Miss Americana & The Heartbreak Prince is a musical return to the days of 1989, but with lyrics that portray a more political bent than we’re used to with Swift. The Man is another, albeit slightly clumsy, political jab which pleads for gender equality while You Need To Calm Down tackles internet trolls and LGBTQ rights with lines like “why are you mad, when you could be GLAAD?”. Paper Rings, meanwhile, could be the best thing on here, a sharp, peppy pop which brings to mind producer Jack Antonoff‘s work under the name Bleachers.

Yet there are also a couple of moments on Lover that don’t work so well. London Boy is already infamous for its lyrics, ostensibly about Swift’s English boyfriend Jack Alwyn, but which paint a picture of London that makes Ed Sheeran‘s Galway Girl look subtle and underplayed. There are lines about watching rugby in the pub, walking round Camden Market, meeting his “best mates” in Highgate and enjoying “nights in Brixton”. By the time Taylor breathlessly sighs “darling, I fancy you”, the cringe factor has become almost unbearable – and that’s not even mentioning the spoken word introduction by Idris Elba and James Corden that seems to have been included just so Swift can humble-brag about how many famous people she has on speed-dial.

Nothing else quite hits the lows of London Boy, but ME! is as irritating as the title’s Caps Lock and exclamation mark would suggest, and the sheer length of the running time means there’s a fair few tracks which just tend to drift by without making much of an impression. By the time songs like False God or It’s Nice To Have A Friend roll by, you’ve already mentally switched off.

Still, there’s enough gathered on Lover to indicate that Swift’s enormous popularity isn’t going to be diminishing anytime soon. Soon You’ll Feel Better, the Dixie Chicks collaboration, is a throwback to her old country days and is a genuinely touching ballad about her mother’s battle with cancer, while Annie Clark yet again effortlessly proves her genius by co-writing Cruel Summer, one of those Swift songs that you find yourself singing along to even on the first listen.

So while it never quite hits the musical heights of 1989 or Red, Lover feels like a necessary recalibration after Reputation. It’s an album that screams out for an editor, but when it hits the right notes, it demonstrates just why Taylor Swift is one of the biggest pop stars in the world.