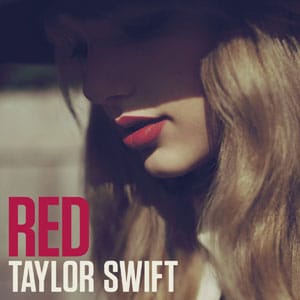 It’s not often that an album comes along which conjures associations with both Emmylou Harris and Ke$ha. But then there aren’t many pop stars like Taylor Swift. In recent memory only Shania Twain compares as a country artist made globe-straddling behemoth, and that was a decade ago. For all Katy Perry and Lady Gaga‘s talk of weirdness and freaks, it’s Swift who really stands out as an oddity in the current pop scene.

This makes it all the more remarkable that, as things currently stand, she is arguably the biggest pop star on the planet. In the six years since her debut she has become a bona fide phenomenon, selling millions and snatching up awards with seemingly effortlessness ease. Yet behind her country girl-done-good persona lies an undeniably steely ambition – one that has seen her music move quickly beyond the traditional boundaries of country. 2010’s Speak Now found her perfecting her persuasive country-pop while stretching her range into blues-tinged rock (Dear John) and bratty emo anthems (The Story of Us, Better Than Revenge). As an idealised version of her previous work, its success seemed almost like a creative cul-de-sac which invited either reinvention or more of the same.

It’s perhaps unsurprising, then, that fourth album Red finds her doing a bit of both. The headline-grabbing collaboration with Max Martin and Shellback, best known for their work with Britney Spears, Pink and Kelly Clarkson, attests to a desire to fully conquer the pop landscape outside America. More familiar Swift tropes are present in the equally tabloid-friendly takedowns of famous exes, with Jake Gyllenhaal filling the role (target?) previously taken by Taylor Lautner, Joe Jonas and John Meyer. However the album initially sidesteps all of this with the surprising opener State Of Grace, an expansive anthem with strong echoes of U2. It sounds unlike anything Swift has previously recorded and is an accomplished statement of intent. Title track Red is more traditional but no less confident, bolting infectious vocal effects to the kind of driving melody which Swift excels at.

This bold opening falters somewhat with the arrival of the trio of Max Martin/Shellback songs. 22 proves the least successful of the three, with Swift’s voice sounding like a caricature of itself in an apparent effort to inject some identity into a fairly anonymous banger which you can’t help but feel Ke$ha would have more fun with. Indeed, it’s noticeable that these three collaborations are bookended by songs which could have been lifted straight from Speak Now, suggesting a hedging of bets. This sees the euphoric pleasure of We Are Never Ever Getting Back Together followed by the slight Stay, Stay, Stay, a country song which has the proverbial kitchen sink thrown at it in terms of Swift idioms. All Too Well, however, proves an outstanding career highlight. Ostensibly one of the songs about Gyllenhaal, its transformation of a break-up’s minutiae into urgent and universal melodrama is a textbook lesson in both Swift’s skill as a songwriter and her appeal to legions of adolescents.

The album’s disjointedness continues into the largely self-penned second half. Snow Patrol’s Gary Lightbody pops up on The Last Time, recalling his sublime Put The Fire To The Third Bar (with Martha Wainwright) but making Swift sound like a guest on her own album. A duet with Ed Sheeran (Everything Has Changed) proves more of a match but it’s on her own where Swift really shines. Starlight shows that Swift can do brilliant pop all by herself while the closing Begin Again compellingly reveals the end of a relationship within the narrative of a first date.

Swift’s American fans have a noted knack of sending each of her album tracks soaring into the Billboard chart, which perhaps explains why this album is overlong and lacks flow. Taken individually, most of the songs are accomplished and engaging (though we could certainly have done without the dreary Sad Beautiful Tragic) but Speak Now was such a coherent work that Red can’t help but feel modestly disappointing. Nonetheless, it shows an artist who continues to gain in confidence and ability and excitingly suggests that Taylor Swift’s best work is yet to come. In the meantime, this is just fine.