The 1975 – A Brief Inquiry Into Online Relationships 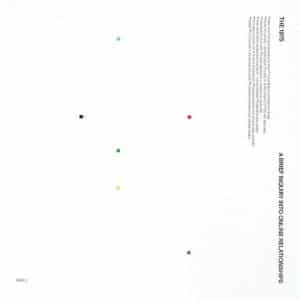 This is the third record by The 1975. You’ve been waiting forever for it. You remember the jump between the tacky youthfulness of their first album, and the sticky rush of their second. You start to formulate phrases in your head. Phrases like ‘artistic development’ and ‘wider palette’.

Perhaps they matured between records, or perhaps they just got better. You hope this trajectory will continue, and maybe this time they’ve done something truly remarkable. You hope, then you click play. The intro track begins with lo-fi piano – as though recorded straight from an old movie that you can’t place. Then you hear Matty Healy’s voice for the first time, heavily treated and processed. It begins.

You hear the opening guitar squall of Give Yourself A Try, and words form in your head – alt-rock, shoegaze. The guitar riff is deliberately aggressive, and you think it’ll sound superb live. Healy urges you, again and again, to give yourself a try – permission to be yourself. You know that there will be people out there needing that affirmation.

TOOTIMETOOTIMETOOTIME is next, like tropical house run through Brian Eno’s processors. The soundscape is richer, the bounce of the beat seems artificial. It’s Balearic, it’s blissful – you realise they’ve put this on here to hook in new listeners. Clever.  A different kind of bliss emerges from How to Draw/Petrichor – you think it’s supposed to remind you of waves, gradually unfolding outwards, like a poorly constructed origami swan. It evolves into glitchy, wonky electro/industrial, and you catch yourself thinking this is a brave step.

Braver still, you think, is Healy’s stab at social commentary on Love It If We Made It. Sure, he talks about his heroin thing, and fucking in cars. But he also (ironically?) says “Rest in Peace Lil Peep”. He quotes Donald Trump. He tells you, over and over, “modernity has failed us.” And maybe he is right. Maybe, as he’s the coolest millennial rock star in the world, we should listen.

One windswept ballad later (Be My Mistake), and we’re in sexy mode. Sincerity Is Scary, where Healy’s oblique references to heroin are transposed against a gorgeous choir backdrop, a fat bass line and jazzy keys. You can easily imagine yourself returning to this one. It’s like they’re having fun.

I Like America & America Likes Me sounds… fresh. For an indie band, Healy and his bandmates have an unusually canny knack for blending ultra-modern sounds with their own shoegaze-y base template until they’ve become something futuristic. The Man Who Married A Robot/Love Theme gives you a few minutes to catch your breath and take stock of everything you’ve heard so far. Some questions begin to arise. Are they trying to do every genre ever? Will anything sound like UGH! or The Sound? Will they be able to do these songs live?

The wide-open spaces of Inside Your Mind, and the aching solo guitar, are pure atmospherics – it reminds you of the biggest ballads you’ve heard. Healy’s voice sounds like someone else here… is it (Depeche Mode‘s) Dave Gahan? Can’t be. It’s Not Living (If It’s Not With You) is your favourite kind of 1975 track: plastic ’80s pop you can see cropping up in any number of montages. It sounds heavenly, like a couple of teenagers falling in love over a summer in Malibu in 1986. It’s clearly the best thing on here, too.

You find yourself lost in the delicate waves of Surrounded By Heads And Bodies, and get blasted right back to the past with Mine. Soft and sepia, it sounds like the closing credits to a noir movie with a happy ending, or a lost outtake from St Vincent’s Marry Me. It’s fantastic. Why would they choose to end on anything but this?

I Couldn’t Be More In Love is your answer. A slow dance, end-of-the-school-disco weeper, it’s designed to hit you in the nostalgics. Even this isn’t the finale, for the album is brought to a close with I Always Wanna Die (Sometimes), a song so huge and atmospheric that it might have been made by Sigur Rós on a rainy day. Is this going straight into the encore? You think so.

You play the record a few more times over the next few days. You let the entire scope of the thing just sit in your head like a friendly stray. You consider it, and wonder if there really is a rating or review to do this thing justice. You’ve heard whispers of Radiohead and OK Computer and ‘millennial masterpiece’ and era-defining and even The Beatles. You’ve seen the NME break the review embargo by one day, to be sure their review was first, and gushing reactions from every corner of the globe.

You begin, slowly, to come to a conclusion: you knew all along what you thought about it. You knew from the first listen. Nobody makes things this brave anymore. Nobody wants to aim for the stars in case they’re laughed at and mocked for their inevitable failure. A Brief Inquiry Into Online Relationships isn’t perfect. It isn’t the best album released this year, and it doesn’t have any of the best songs released this year on it. But what it does have is scope, vision and scale, together with power, texture and atmosphere. It has a daft title, and a few daft songs with hammy lyrics. It has variety, diversity and its heart on its sleeve. It has pretence, artifice and ambition. It has, basically, everything.