The Album Leaf – In A Safe Place 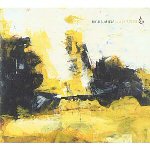 If ever a record should come with a warning, ‘Do Not Attempt to Operate Standing Up’ this would be it. In A Safe Place is so laid back and chilled, it resembles nothing more than a fridge lying on its back, because, like, vertical is too ‘up there’ man. That’s not to say it’s a bad thing.

Jimmy Lavelle is The Album Leaf, previously known for his work with the dream-rock of The Black Heart Procession and Tristeza, before his solo progressive instrumental works emerged in 1999. Recorded by Lavelle, and assisted by members of Sigur Ros and Mum, in the wilds of Iceland, there is no doubting the influence of geography on In A Safe Place, with it’s sense of bewilderment in a spacious alien landscape, a world away from Lavelle’s Californian roots.

There is glacial beauty in this drifting ‘organica’, similar to prime era Roger Eno warmed by an accessible wave of neo-instrumental rock, like a chilled Tortoise, the more pastoral moments of late period Talk Talk or even Mogwai. The mood is introspective, like staying indoors on a summer’s day, wishing for rain. Thule is a prime example of the fare on offer here, building from washes of synthesisers into the shock of a basic drum kit, warm organ notes and violins flecking the mood. It is quite sublime.

Surpassing these are the clipped ‘glitch’ beat tracks which provide static counterpoint to elegiac strings, as on Another Day (Revised). Lavelle’s classical training underpins these atmospheric dreamscapes, by the use of organic instruments to counterpoint the more other-worldly elements. Taking a more pop-orientated slant from his previous bedroom soundscapes, In A Safe Place is a thing of rare beauty. Atmosphere may occasionally be sacrificed over making the content more accessible, but the beauty of the album as a whole cannot be denied.

The few vocal tracks peppering the album tend to anchor the star-gazing into a rather disappointing human form, with guest vocalist Pall Jenkins smearing a feeling of ‘deep’ vagueness over On Your Way. But things are not all dreary when members of Sigur Ros lending their melancholic grace and vocals to the blissful Over The Pond, which hovers around a delicate piano figure, offset by xylophone and strings.

The only time things get frantic is on The Outer Banks, as organ swells, and percussive glitches kick up and reach a majestic height before swooping down to the ground creating a level of sonic intensity that is at once exhilarating and beautifully accomplished.

This is the mark of a prime musical botanist at work, pruning these ‘bonsai’ tracks back to the bare minimum, then embellishing them with just the right flourishes to offset and kind of lapse into predictability. Simplicity lies at the heart of this album, as melodies rise from fragile ashes to create a work of holistic goodness, rather than individual tracks, so seamless is the transition. In A Safe Place is a beautiful mood piece, of an outsider finding a home in an alien landscape and creating breathtaking, comfort in sound.

The Album Leaf MP3s or CDs

The Album Leaf on Spotify