by Jude Clarke
published: 23 May 2011 in Album Reviews
Tweet 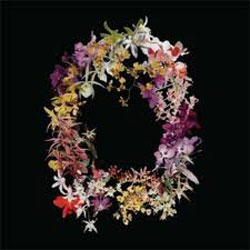 That the two members that comprise The Berg Sans Nipple are from Paris (Lori Sean Berg) and Nebraska (Shane Aspegren); and that they are both drummers by specialisation would suggest a pairing slightly outside of the norm. Fittingly then, what they give us here on their third album is an collection of tracks constructed from unusual sounds and techniques, often odd but consistently interesting.

An array of different vocal effects runs through the album. On the opening track Change The Shape, each word is alternately delivered (somewhere between spoken and sung) by the two. A similar device is used on Sunday Morning. Built With Erosion’s voice is heavy with echo and reverberation, while a strongly synthesised female vocal takes the lead on Convert The Measurement. On Le Cadavre Exquis snippets of cut-up vocal are strewn through the track. All People somehow steeps the voice – wobbly, deep, reverberating – in an effect that makes the listener feel almost physically queasy.

In this, it is aided and supported by a number of contradictory elements, not least the strong, deep, woozy basslines. Indeed, the bass – borrowing much from dubstep, resonating and visceral – features frequently on the album, often the key factor holding a track in place. Change The Shape, Built With Erosion, Convert The Measurement, Terroir along with the aforementioned All People are all infused with its gentle menace.

Rhythm and repetition are also popular and much-used devices. Terroir is ushered in to the sound of distant, rapidly-approaching drums and then underpinned by their low-key clatter. Sunday Morning has a clock-like tick-tock rhythm, reflected in the vocal as well as the music, gentle and gradually building. As well as the drums and bass, a pick-and-mix of sounds, tunes and effects are created with synthesisers, from Built With Erosion’s spirals, offsetting the bass heaviness; Convert The Measurement’s more conventional synth fare; Terroir’s glitchiness and All People’s staccato bleeps and rattles. Elsewhere piano lines also feature briefly (Build With Erosion), the occasional snippet of glockenspiel (Dead Dinosaurs Rule The Earth), strings, or brass (Le Cadavre Exquis).

Mostly, though, it is the unusual, the artificially-generated and the unexpected that characterise this music. Where this works best – as, indeed, it does on most of this compelling album – the band manage to corral the diverse elements together into something that is more than simply cohesive. Change The Shape, with its strange chirrupings and tinkles, and its strong rhythmic feel; the funky and repetitious Weatherman; Body Movement’s metallic clangs and African atmosphere; Pink Rays Sugar’s curious sweetness; and perhaps most of all Le Cadavre Exquis, with its multiple textures and forceful pace all exemplify this. The band have succeeded – by some curious alchemy – in creating a work of lasting appeal that ultimately, within its own parameters, just makes sense.

The Berg Sans Nipple on Spotify