The Big Pink – Future This 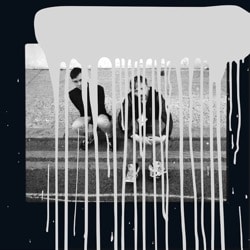 Scaling a peak is fine, but if following the climb you just remain there, what has it achieved? Is the joy in the journey? The destination? Or the return to normality afterwards?

If you’re at a certain level of euphoria and you don’t ever shift, would you get bored? Would you tire? Would this euphoria become indistinguishable from the banal and the humdrum – in the same way that residents of La Paz don’t consider themselves heroic mountain explorers who should get OBEs and have bronze statues erected in Trafalger Square for getting out of bed and going to the shops?

It’s important only because The Big Pink’s Future This is an album which starts up a height and doesn’t really shift. Well, not until the very end anyway. And this is pitching height as the tried and tested way of expressing a certain class of euphoric, stadium directed, large-sounding, tune.

You know: that sky-scraping, fists-in-the-air, arms-round-yer-mates, 40-feet-tall feeling that, if done well, is not unpleasant, and if done badly makes you feel like you’re trapped at a U2 gig and the warden has confiscated your shoelaces.

It’s also a feeling (albeit for slightly different reasons) that has strong associations with dance music. That 3am synth break that takes hold and flutters away to a certain fuzzy paradise.

It’s an interesting commonality, as those are the two strands that The Big Pink have always tugged on. The stadium and the rave.

For the new album, far more so than the debut, they go all out in both directions. It’s a relentless, massive, high. Everything is a 3am fist in the air, arms around yer 40 foot synthetic mate who’s running away to a fluttery paradise. For all the talk of adding shades to palettes, it’s an album which really only goes up to 11.

In the beginning, it’s nice. Stay Gold is almost laughably epic. Eschewing common structures, ignoring verse-chorus-verse for chorus-bigger chorus-biggest chorus-DISCO, with a skill that makes you wonder if they won’t soon be performing it during the finale of some TV talent show, dolled-up with more fairy lights than a Stockton council estate in December.

Hit The Ground (Superman) doesn’t go for anything particularly broad with its lyrical allegories, choosing instead to assume that a song with a mantra of “never wanting to hit the ground” would give everyone the correct feeling of soaring, and so it continues.

Rubbernecking fizzles across your brain like someone is rubbing sherbert into your synapses. Give It Up sounds strangely like If The World from Chinese Democracy, only if Axl’s serotonin levels hadn’t taken such a battering from staying inside eating cake, and Jump Music has a crackling, kinetic energy that carries you along with it.

In fact it’s only the toned down, plaintive, 77 which sees the relentless, grinning, gurning pace let up. Which is ultimately the problem. You don’t really appreciate the next peak given your position on top of the current one.

So the songs merge into one, and the parts add up to less than the whole. And taken as a whole Future This is a bit much.

Maybe, for peakier peaks, it’d be better if you only did a half.