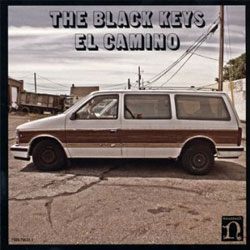 Despite what indie rockers might say, they’re not any more unique than those in the mainstream. Like the big leagues, indie rock has a rotating cast of characters that occasionally take the front stage before falling back into obscurity. Bubbly indie pop (The Shins) yields to electronic (The Postal Service), which makes way for dance rock (Franz Ferdinand), and the whole ball keeps rolling until somehow Arctic Monkeys get record-breaking sales and Arcade Fire win a grammy.

Indie darlings come and go, as do the subsections of indie rock that they represent. But everything more or less stays cooking on the backburners until its time comes to step into the spotlight. And from The Stooges and the MC5 40 years ago up through The White Stripes and The Strokes, America has had a rich tradition of bluesy, grungey, sometimes lo-fi rock that’s been couched in terms like garage rock and post-punk revival, combined, where appropriate, with the broader labels of Americana and southern rock.

The Black Keys lie smack-dab in the middle of this avenue of rock. With simple, charming guitar riffs, catchy melodies, and steady drums that never surprise yet never disappoint, the duo of vocalist/guitarist Dan Auerbach and drummer/producer Patrick Carney have been producing poppy garage rock since 2002’s The Big Come Up, which was recorded on an 8-track that was made in the ‘80s. El Camino sports a clearly defined sound that, despite a definite studio sheen, leaves just enough grit in the mix.

Auerbach possesses a rich crooning style that can switch from sounding forlorn to sounding exuberant at the drop of a hat. At places, like on the bouncy track Dead And Gone, the echoey layered vocals can approximate those of My Morning Jacket’s Jim Jones. However, it’s clear from songs like Stop Stop, where he lifts effortlessly into a confident falsetto, that Auerbach has come into his own and has a set of pipes to be reckoned with.

Rhythmically, Carney maintains a strong presence, focusing on subtly simple parts. Album opener and lead single Lonely Boy goes from a strict surf rock beat in the choruses into a toned-down, southern-type shuffle on the verses. The fuzzy synths of Gold On The Ceiling are accompanied by a standard swing beat, though at times (here and elsewhere on El Camino) when the cymbals start crashing on every beat and the bass and snare start sounding clunky, it’s fairly reminiscent of the browbeating, heavy-handed caveman style of another garage rock duo, The White Stripes.

The Black Keys don’t try very hard to hide their derivative approach to garage rock. The main riff of Mind Eraser too closely recalls Cream-era Clapton, but this is far from their worst offence. It’d be hard to discuss El Camino at all without mentioning Little Black Submarines, whose chorus without a doubt rips off the most famous song in rock and roll, Stairway To Heaven. The track even starts out with acoustic guitar plucking (complete with the walk-up riff that mirrors the vocal line), fades out and then comes back in with a hard riff followed much later by an extended guitar solo-fueled outro. The duo lack the necessary chops, though, so it turns out sounding like The Muppets trying to play Led Zeppelin.

Despite their faults, The Black Keys do have something to offer the world in terms of reliable, entertaining garage rock. Just don’t expect innovation.