The Brian Jonestown Massacre – Something Else 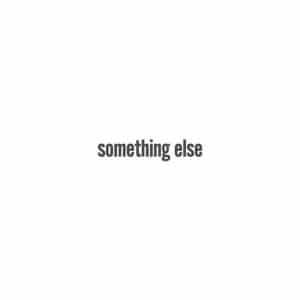 The Brian Jonestown Massacre are nothing if not prolific. Something Else, the first of two albums the band are releasing this year (Drained is due out in September), is their 18th studio album since their debut in 2005. You certainly can’t fault their work ethic even if the quality has been inconsistent in recent years.

Neither have BJM churned out the same sort of stuff – far from it. After starting with shoegaze, they have explored ’60s garage and psychedelia, folk, world music and electronica. And if the music has always been evolving, the line-up has been constantly revolving (it’s now seven-strong), with founding songwriter, singer and multi-instrumentalist Anton Newcombe the one constant on this kaleidoscopic journey. Like the late Mark E Smith and The Fall, despite featuring different musicians and styles of music, BJM have always retained their distinctive essential character which stems from the presiding genius at the centre. Not so much a one-man band as a creative hub radiating outwards.

In fact the title of the new album is a bit of a misnomer: it is less experimental than BJM’s recent releases and a return to the more retro sound of their earlier work, which reincarnated Californian hippiness. There are mixed results as some tracks on Something Else feel like the band are going through the motions, while others flow with more energy. Like all their recent albums, it was produced at Newcombe’s Cobra Studios in Berlin and has been released on his own record label A Recordings. Newcombe actually put a “rough version” of the 40-minute album up on YouTube at the end of last year as a “work in progress”, but the resulting nine tracks have not changed substantially.

Lead single Hold That Thought is built on recurring chiming guitar riffs and crashing drums with organ rising plaintively above as Newcombe sings in his lowest vocal register, “I’ve got no home / In this world”, capturing post-break-up feelings of disorientation, loss and emptiness. Animal Wisdom is a rather dull, repetitive, jangly instrumental enlivened by some nice 12-string guitar playing that has been a BJM trademark sound in the past.

Psychic Lips has more ringing reverb that fails to make much of an impact, but the psych rock Skin And Bones has a lot more urgency. My Poor Heart contains wandering guitar solos reminiscent of BJM in the late ’90s and early 2000s with an edgy Newcombe warning, “My heart won’t stop beating / This world’s going to blow”. In the woozy, distorted My Love Newcombe imagines an escape where he would “stare all day into the sun, and wait for kingdom come”.

Both Who Dreams Of Cats? and Fragmentation are awash with tasty guitar licks and squeals in the spirit of ’67. The longest, eight-minute-plus track, Silent Stream, is a seamless mesh of droning guitars and churning organ punctuated by tambourine rattles in the style of Syd Barrett’s Pink Floyd, with Newcombe intoning a dark prophecy like a bad trip, “A war will come to change this land” as he plans to “float my soul away from here” – a suitably fuzzy finish for an album that blurs the edges between waking and dreaming.