The Chemical Brothers – We Are The Night 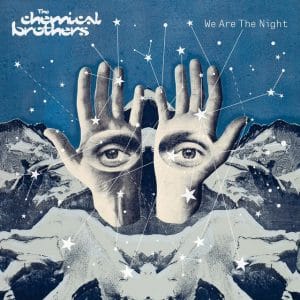 There seemed to be a certain consensus forming upon the release of The Chemical Brothers‘ last album that Ed Simons and Tom Rowlands were past it, destined to recycle the same album over and over again.

After all, you know what you’re getting with a Chemicals album. A few star names, big beat party anthems etc. Yet Push The Button was a genuine return to form for the duo (was there a more epic song in 2005 than Push The Button or more spine tinglingly beautiful than Close Your Eyes?). Can We Are The Night continue the renaissance?

The guest list for this album contains names that you may expect (Fat Lip from The Pharcyde, Klaxons) and some that may just raise an eyebrow with surprise (Boston folkie Willy Mason, and Texan folky rockers Midlake).

They’re all mixed in with the usual Chemical instrumentals of euphoric, slightly spacey anthems. In truth, many of these probably sound a bit better on the dancefloor than in your bedroom, although there is a pleasingly epic quality to Burst Generator, while the title track rather self-referentially sees the Chemicals sampling themselves, borrowing back the Surrender track The Sunshine Underground.

As ever, it’s when Tom & Ed link up with their array of guest vocalists that they really come into their own. The Willy Mason collaboration, Battle Scars, is outstanding with a bassline straight from Gorillaz‘ back catalogue and the young troubadour sounding as unexpectedly suited to the beeps and beats as Noel Gallagher did on Setting Sun all those years ago.

The minimal funk of Do It Again is another excellent highpoint, boasting a strong hook and vocals from hotly-tipped London electro-popster Ali Love. And the spiritual heirs to the Chemicals sound, Klaxons, sound perfectly at home on All Rights Reserved. In fact, rather unsurprisingly, it sounds like a Klaxons song produced by the Chemical Brothers – yet it soon becomes a bit dreary and could have been so much better.

Cowbells and blissed-out vocals dominate A Modern Midnight Conversation, but too many of the instrumentals feel like the Chemicals treading water. Saturate and Das Spiegal are pretty run of the mill electro anthems, the likes of which we’ve heard many times before. They probably sound a lot better at full volume in a field or club somewhere.

The one real mis-step comes with the utterly bizarre The Salmon Dance, which features Fat Lip from The Pharcyde. A novelty rap about a, well, salmon dancing, it sounds utterly out of place here and unless you’re under 10 years of age, you’ll very quickly become sick of it.

The one thing that the Chemicals are still terrific at though is the epic ‘come-down’ track, which this time is The Pills Won’t Help You Now featuring the Texan folk-rockers Midlake. A gorgeous, languid 6 minutes long, the band sound just as good amongst Tom and Ed’s electro noodlings as they do on their own records. Tim Smith’s vocals in particular could soothe the most furrowed of brows.

So while you may know what you’re getting with a Chemical Brothers album, they remain damn good at what they do. Yet with the explosion of popularity in electro over the last couple of years, and a whole host of young pretenders threatening to take the Chemicals’ crown, you get the impression that their next album may have to be a bit more adventurous if they’re to survive.