The Coral – The Invisible Invasion 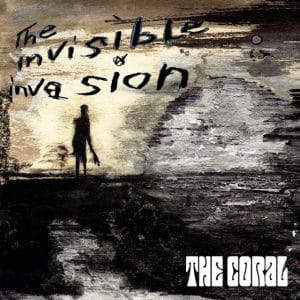 The Coral are a willful, contrary lot. Good for us, and probably incredibly frustrating for their taskmasters: “Gee-whiz guys, love that Dreaming of You song, brilliant – we can sell millions, but some of your other stuff, well, it’s a tad odd. Simon Diamond? Legs for roots? That’s just gonna freak people out…”

This record attempts a similar balancing act: there are moments of sheer pop brilliance and there are bits which can only be described as a bit strange – a description which could indeed be the tagline for Coral: The Movie. However, unlike Nightfreak & The Sons Of Becker, The Invisible Invasion isn’t slap-handedly tossed-off in a haze of bong smoke, unlike Magic & Medicine there aren’t large swathes of album heartland that don’t quite work, and more like their eponymous debut the obvious and obscure happily sit together, braiding each others hair and swapping pictures of relatives.

And The Coral have always been able to write superb heartfelt little ditties. Dreaming Of You? Pass It On? Simple, brilliant, almost universal, they can still bring a little tear of joy to the eye of the most cynically hearted critic, and it’s an ability that hasn’t deserted them here. The triumvirate of the Pimms-and-shorts bottled sixties sunshine of So Long Ago, the blissful small-town sandcastle escapism of In The Morning and the low-key misty-eyed thoughtfulness of the album concluding Late Afternoon are all worthy additions to their canon.

But those are the type of songs that The Coral have never stumbled on, so what really makes The Invisible Invasion excellent, better even than that oft-feted debut, is what they achieve when they go a little bit crazy.

When they whisper at you conspiratorially from beneath foliage in the deep woodland on She Sings The Mourning. When they descend to the caves to lament and play Pong in a Warning To The Curious.

When they get frantic with the spiky The Operator and it’s harder-edged nomadic half-brother Arabian Sand, the former blazing with madness in it’s eyes, James Skelly muttering about them coming to take him away (ha-ha!) from beneath a strait-jacket of drums and swirling fairground synths, and the latter excitedly shouting about “dancing with the lepers in the madman’s house” whilst leaping around like a loon.

All offbeat, all fascinating and all ace. Four albums in you’ve got to love a band that still don’t sound like anyone else and are, rather remarkably, getting better at not sounding like anyone else.

The Coral have always seemed underappreciated, horribly lumbered with that whole Scouseadelica tag that materialized with them, but The Invisible Invasion quietly asserts their rightful position somewhere near the top of current British bands. Which can only make that vaguely combative title especially appropriate.