The Cribs – In The Belly Of The Brazen Bull

by Andy Baber
published: 7 May 2012 in Album Reviews
Tweet 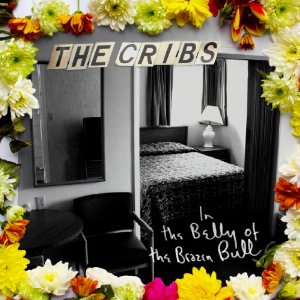 After returning to the familiar all-family affair of their first three albums, The Cribs were faced with the difficult task of outdoing their critically-acclaimed fourth LP. Following Johnny Marr’s brilliant but brief stint with the band on 2009‘s Ignore The Ignorant, the three Jarman brothers were once again left to their own devices. Just over a year after announcing The Smiths guitarist’s departure, Ryan, Gary and Ross Jarman are back with their intriguingly titled fifth album, In The Belly Of The Brazen Bull.

Their return couldn’t have been better timed, either. With industry figures spending most of 2011 championing The Vaccines as the only guitar band around capable of challenging the mainstream charts, 2012 has already seen the likes of Tribes and Howler release excellent debut guitar-focused albums. The Cribs have hardly been strangers to strong mainstream chart showings, with their last two albums both making the Top 20 in the UK Album Chart.

In The Belly Of The Brazen Bull may not be quite the back-to-basics album many thought it would be, but neither is it the Jarmans’ tilt at chart glory. Instead, The Cribs have returned with their most challenging and ambitious album yet. The album kicks off with the fuzzing, lo-fi guitars of Glitters Like Gold, which – while not as instant as previous Cribs openers – is a confident statement of intent.

It is followed by the noisier, snappy Come On, Be A No-One, which bursts from the blocks with an explosion of guitars and a Gary Jarman’s rumbling bassline. It also has a big gut-busting, shouty chorus that should go down extremely well live. Elsewhere, Chi-Town sounds as good as it did when the Jarmans’ revealed it as the first track to be on the album, with the feel of instant classic written all over it. It’s a thrilling, riff-filled few minutes, which undoubtedly has the feel of early-day Cribs – think 2005’s The New Fellas – as Ryan wails: “Meet me down in Chi-Town, in Logan Square underground/ you know the one, we were always there.”

Back To The Bolthole is another standout. The song is five minutes of drawn-out boisterous noise, which is impressive in both its scale and ambition. It’s far removed from anything The Cribs have attempted previously and a clear progression from their more polished fourth album. Yet, the album is not all pummeling, furious indie rock, though. I Should Have Helped is a beautiful reflective acoustic number, while Confident Man sees a blissful and delicately picked guitar complemented by a gritty drum beat.

Then there are the final four songs on the album, which are joined together into one 12-minute piece. It’s not a Muse-like symphony, but rather the result of a recording session at the Abbey Road Studios. It begins with the regimental drum beat and sprawling guitars of Stalagmites, before segueing into the more chilled out Like A Gift Giver and Butterflies and closing with the anthemic Arena Rock Encore With Full Cast. It’s a fittingly good end to The Cribs’ latest evolution.

Overall, In The Belly Of A Brazen Bull is an impressive fifth album from the trio, one that contains elements of their earlier work, while also demonstrating the Jarmans’ intention not to be constrained by one particular sound. While the album comes across as slightly disjointed at times, there is little here to suggest that The Cribs were disrupted by Marr’s departure. Once again, the three brothers have cemented their status as one of the most exciting bands around.