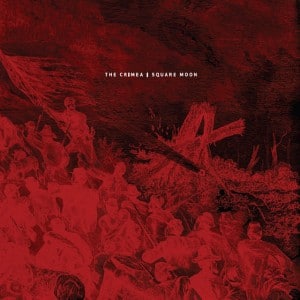 The Crimea, virtually ignored by the masses throughout their 11-year career since being formed from the ashes of The Crocketts, are finally releasing third album Square Moon; but it sadly comes as a last hurrah. Singer/songwriter Davey Macmanus is trading in his career as a musician for a greater calling in South Africa as he admirably goes about setting up an orphanage for impoverished children.

Having become disillusioned with his life, Macmanus decided to re-train as a nurse, gaining a first class degree. During two spells in Africa caring for HIV patients where there was no running water, the situation clearly affected him deeply; he returned to the UK a changed man with harrowing, first-hand stories of real life tragedy seemingly driving him to help in a bigger way.

Square Moon itself took years to come to fruition and boasts a staggering 22 tracks; initially it was to be released as a free download. Indeed, The Crimea pre-empted the much publicised Radiohead ‘pay as much as you think it’s worth’ release of In Rainbows when they unleashed, for free, second album Secrets Of The Witching Hour in 2007. Financial support from the likes of Snow Patrol’s Gary Lightbody enabled the band to have Square Moon mixed and produced professionally and released as a physical entity rather than just digital.

The gargantuan effort begins with Macmanus’ favourite track of the lot, the minimalistic and delicately gorgeous tale of hope Petals Open When Reached By Sunlight. It’s a quiet opening that’s unlikely to have been possible if the band had still been slaves to the demands of a record company, but those confines are long gone.

A sweet piano line opens The Last Plane Out Of Saigon and the harmonious male (Macmanus)/female (Tara Blaise) vocals complement each other beautifully. Macmanus displays his lyrical prowess all over this epic album, with poetic lines aplenty in just this one track, such as “The first leaves of autumn have fallen from space” and “Keep travelling east so it never gets dark”.

The overall impression of the album is genuine simplistic beauty, and this clearly flows from track to track; piano is a constant companion and Macmanus’ distinctive vocals provide a gentle yet occasionally desperate storytelling, like on Listen To Seashells They Know Everything with its cutting “time waits for no one/time stands still for no one”.

The Only Living Boy And Girl marks a slight departure; still built around dreamy sounding melancholy, the track contains a small, almost Mike Skinner-like (softly) spoken rap with a chorus that displays the tiniest hint of fairground ride music. Witches Broom returns to the soft, serene theme containing a gentle falling piano line chorus accompanied by strings and vocals: it’s a thing of angelic beauty with its repeated outro of “there’s a person hiding in there”.

The second disc opens with Beehive and another falling piano line; dreamy pop goes into overdrive with its sweet utterings of “you are the honey in my beehive”. Mid Air Collision is introduced by a harmonica and simple percussion before alternating with a subtle, bouncy section. Twinkling synths open the delicious Lovers Of The Disappeared, sounding (like a lot of the album) something like Prefab Sprout colliding with The Flaming Lips, Soft Bulletin era.

The exquisitely named Black Belt In Breaking Hearts is a slightly more up tempo number that oozes emotion, Macmanus giving one of his more passionate vocal performances, spouting sorrowful lyrics like “I am the silver dust you scratch off the losing ticket”.

Judas Loves You is another stand out, in which chiming guitars marry with sublime vocals and underlying piano to great effect. The spritely piano introducing the short burst of Millionaire leads into another well of lyrical delight such as “I’ll always be your Milky Bar kid” whilst Goldmine sounds like a dreamy fairytale “for the fat and ugly”.

Without a record label pushing for singles, The Crimea let their freedom reign and this inevitably renders the immediate accessibility of many tracks impossible. And, containing little variety, the full album is too long for one sitting. With this being the final calling card for the band, it needs to be digested in chunks to cushion the impact of their impending absence and, like a fine wine, the full flavour of this extraordinary accomplishment will become apparent in time.

The Crimea MP3s or CDs

The Crimea on Spotify