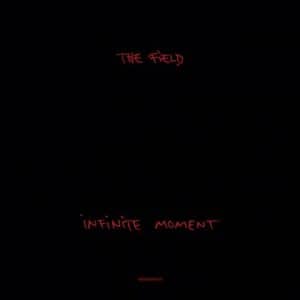 Axel Willner, also known as The Field, recognises the power of repetition. Each track of his creates a blissful open space through washed out loops that subtly mutate, and complements this with the anchoring thud of a kickdrum. Some tracks have more rhythmically involved percussion, and this creates a mesh of progression and stasis that is not unlike a train journey through rural fields – which, coincidentally, is where this reviewer first listened to new album Infinite Moment.

The album opens with the midtempo beat and glacial chords of Made Of Steel, Made Of Stone, before moving in a more housey direction for Divide Now. Several tracks feature a breakdown in which that anchoring thud drops out and cross-rhythms take over, whether it be the chord stabs and splashes of white noise in Hear Your Voice or the intriguingly out-of-tempo Amen break in Divide Now. The effect of this is disorientating but entrancing, similar to the way old Autechre tracks degenerated into their own swamp of electronics.

Like some of the best ambient music, its sound shifts so gradually that a casual listener will miss elements being introduced, like the distant monotone vocals in Hear Your Voice and the 303 burbles that make their way into the end of Who Goes There. It suits background listening and there is a softness in the album’s textures that make Infinite Moment gently beautiful throughout.

The title track closes off the album with the closest The Field gets to euphoria, with a big sounding synth and dominant bass making the track sound like a timestretched pop song. It does not have a breakdown of any kind, just growing and growing blissfully until it vanishes into reverb, wrapping up a thoroughly engaging addition to Willner’s already enviable discography.