The Field – Looping State Of Mind 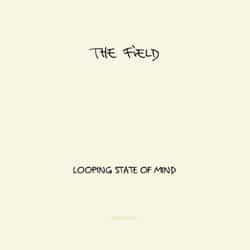 Trends in music have altered and have been, largely unnoticeably, manipulated by musicians since the making of the very first instrument. Strenuous desire to create a new face for – and even deface – flowing popular trends have led to some musicians fusing their inspirations to conjure fresh sounds, while others – the new Pollocks of music – experimented and formed pristine and innovative music as though from out of nowhere.

The Field, helmed by Axel Willner, is one such innovator. In 2007 his debut album From Here We Go Sublime, with its obscure, looping, arpeggiated samples, was wonderfully acclaimed. It begged the question: “Is this dance floor material, or headphones-in-bed material?” This abrupt creation led Willner into more personally inspired sounds with The Field’s 2009 release, Yesterday And Today, which fused his musical interests with his own vibe.

Fast forward to 2011, and third album Looping State Of Mind is a markedly more complex development of his sound. This anticipated release consists of a more eclectic collective of compositions. They disassociate Willner from his minimal techno and ambient techno typecast, and combine more diverse electronic subgenres, as well as using that distinctive arpeggio, albeit on a lower tempo. It’s Up There features a subtle bridge between his idyllic disco ambience and French-inspired indie dance with clean bass.

Clean is, indeed, an apt adjective for the majority of this album’s production, especially on Burned Out, which is finely knotted together by minimal bass and hazy, reverbed vocals. Conspicuous near the conclusion of the piece is the delicate guitar riff, swaying back and forth, resembling Brian Eno’s Evening Star; music theorists from separate eras can relate to one another so well.

Willner has stated that he had not paid as much attention to techno music since 2009. This change of focus is conveyed well in Then It’s White, which amalgamates a fine chill of neo-impressionist classicalism with The Field’s notable, echoing ambient. His usual crescendo style is absent here, which juxtaposes the track with the rest of the album.

At the end of it all, the real question is whether these new and different sounds match the preceding works or not. If any piece on this seven-track album resembles previous The Field works, it would be the sonorous and resonant Arpeggiated Love, but what’s so different here is his use of vocal samples. Previously, vocal samples always appeared strident in the foreground, but this time, it seems he has taken a liking to projecting them in the quiet and still background, giving way to innovative psychedelic electronics in the forefront.

Axel Willner is one of these characters in the electronic scene who can transform miniscule pieces into lengthy, explosively emotional compositions, but he’s also amongst those innovators who has yet to reach the apex of his career. The evidence is in the Swedish artist’s discography since 2007. Gradually, in each two-year interval, The Field has been able to add that extra zing to each release and grow what is an increasingly renowned identity.