The Field – The Follower 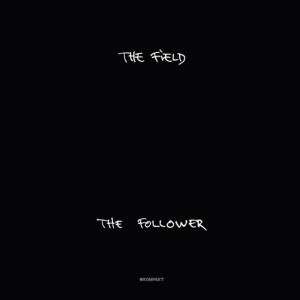 It is hard to be unique in electronic music; still harder to develop your own style while retaining a distinct identity. Yet The Field, Axel Willner’s alias, can claim this as a considerable achievement on the release of his fifth album The Follower.

After nearly three years away from the long playing game the Swedish producer returns, bringing with him the familiar building blocks of a hypnotic and strangely soothing style, but adding to them in this intriguing suite of six tracks.

Willner likes to spoil his listener with a great many layers, carefully blended together in an impressionistic aural massage that is at once both calming and invigorating. He keeps a human element by using snatches of vocal throughout, shying away from using words but using the timbre of the voice to make his music more expressive.

It is one of several sources from where the essential warmth of his music comes – though The Follower, the opening title track, starts with a cold metallic glint. A strong four to the floor beat establishes itself at the root of an acidic loop that twists and turns restlessly, the music straight into top gear with a harder edge that leads it immediately to the dancefloor.

As the album progresses Willner remains true to the hazy textures but throughout there are subtle developments. Monte Veritá shifts its phrases subtly but effectively, throwing the location of the kick drum itself into doubt with intricate cross rhythms, the small loops dovetailing perfectly. Around the edges Willner uses ‘oooh’ and ‘eee’ as his vocal input, their repetition suggesting the effect of a mantra in and around the more mechanical loops.

All of these subtle but exquisitely realised developments in Willner’s writing make for a rich sensory experience, especially when Pink Sun shifts left and right across the stereo picture, or when Soft Streams burbles to the surface with an unusual, lilting triple time rhythm. Raise The Dead also casts a powerful spell with its ambient pulses, the rich, consonant harmonies typical of The Field’s style and the texture like a warm, sonic bath. Reflecting Lights introduces a metallic element once again but maintains an exquisite tension, spending most of its time on one chord for what seems an eternity before shifting upwards, decisively.

As Willner’s music expands and develops it is possible to think of this as music conceived for a whole orchestra, and as the short musical phrases link up, placed in and out of phase, the work of Steve Reich and Philip Glass comes to mind. But this is a kind of minimalism that works outside of their processes, and Willner achieves a hypnotic state of meditation in each of the six tracks that suggests the enactment of a ritual.

You will have gathered from all these florid descriptions that The Field has made something rather special here. Yet although The Follower represents a peak of his achievements so far, it is a statement of intent that Axel Willner has the potential to push himself a lot further. Some of these compositions could be realised on an even bigger scale, and it is easy to see how he could expand the material into something like Reich’s Music For Eighteen Musicians, a single track that would last an hour or so.

Whether Willner will go that way remains to be seen, for there is also the possibility of a harder sound emerging that will see him make more music for a techno orientated dancefloor. Where he goes from here will surely be fascinating, but in the meantime you are strongly advised to check out of all distractions for an hour and surrender to his bewitching music.