The Field – Yesterday And Today

by Ben Hogwood
published: 18 May 2009 in Album Reviews
Tweet 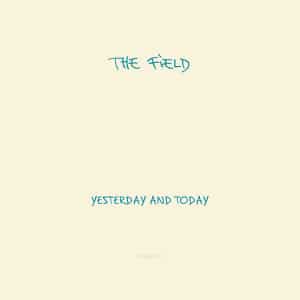 The Field may still be Stockholm’s Axel Willner, but now the name represents a band of three, the addition of Andreas Söderström and Dan Enqvist freeing up the live sound. This more organic approach has found its way on to record, borne out in tracks that work their subtle changes with an essentially human core.

Yesterday And Today emerges from a distant haze to find a solid beat, four minutes in. Its lead title – I Have The Moon, You Have The Internet – implies the thoughts of a lunar astronaut beamed down from space, and this works as a background vision as the music, with its subtle melodic twists and turns, progresses beautifully. With its live feel cemented by the brief addition of steel pan and xylophone in the closing moments, you can literally see the stars, and the steel pan appears briefly once more in similar fashion, closing out The More That I Do.

It’s a template Willner follows elsewhere in the restrained euphoria of Leave It, or the sturdy beat that creeps in to take over The More That I Do. The title track calls in Battles drummer John Stanier, who takes his lead from the kick drum and gradually builds a funkier sound that strips back brilliantly to leave just the sticks man and the bass line.

Sequenced closes the record out, its title implying a pre-programmed element but again masking the intervention of live events, the drums developing to a kit-based sound before the end. A 303 ushers us in to a slower beat that brings to mind the music of Lindström with its beautifully undulating textures, before that slower beat cleverly turns its thoughts in the direction of dub.

The only questionable moment of the album concerns a cover of the oft-heard Everybody’s Got To Learn Sometime, a track with a rocky recent history in electronic music thanks to the cheesy cover by Baby D in the mid 1990s. It’s a brave move for Willner to take this on, and he only just gets away with it. The chorus is given a lovely texture in which to bathe, twinkling as it does so, but as it’s the only vocal track on the album it stands out as something of a sore thumb.

This is, however, a minor blot on the lunar landscape. For this, like its predecessor From Here We Go Sublime, is another fine album from Willner’s laptop, the noted progression this time being the live element he’s introducing to his sound. Processed it may still be, but the emotions this time round feel more human, and, as a result, make a deeper impact.