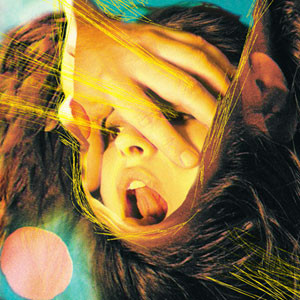 Having found themselves clutched to the hearts of many, courtesy of a stunning live show and some brutally honest and ultimately beautiful songs about the fleeting nature of life, The Flaming Lips have gone all experimental on us again.

Pieced together from a series of elongated jam sessions, much of Embryonic lacks any kind of coherent base. Structurally, the songs are far looser and fluid, with the album taking on the feel of a free form jazz recording at times. For much of it, Michael Ivins’ bass seems to provide the only solid point of reference, with Steven Drozd apparently having been allowed free reign over most of these compositions. Ambient noise, electronic glitches, funk guitar patterns, feedback and mobile phone interference provide a cluttered soundscape in which to get lost.

Even lyrically things are markedly different, with front man Wayne Coyne giving things a decidedly darker edge than normal. Do You Realize?? might have stated quite starkly the fleeting nature of life and the certainty of death, but it was nonetheless uplifting. This time round, everything seems bleak.

People are evil and death is still a certainty, but with the oppressive nature of the music on many of these songs (See The Leaves, with its frantic drumming and thunderous bass notes, for example) there is little comfort to be had. But people do have choices in The Flaming Lips’ world. They can choose to be evil but they can be gentle too, should they want to, as Coyne sums up succinctly on If. Disconcertingly the song also asserts that “love is powerful, but not as powerful as evil”, adding to the general feeling that The Flaming Lips are now guiding us through a darker world than we, and perhaps they, are used to.

The genesis of Embryonic has created some quite lengthy instrumental sections which initially seem superfluous, even to the point of interrupting the flow of the album. Repeated listens soon put paid to any irritation with their presence. This is a piece of work that needs room to spread, sprawl and breathe. The wig-outs of the astrologically titled interludes, or the jazz guitar runs of Powerless all have their place in this wonderfully confused record. Once embraced, the colour they add to the album is undeniable.

The only song to seem conspicuous by its presence is I Can Be A Frog, which features the somewhat dubious animal impressions of Yeah Yeah Yeahs‘ Karen O). It’s the most simplistic song here, and the only one with any real pop pretensions. As such it sits awkwardly with the surrounding material. Thankfully, it’s also pretty short, and soon we’re exploring the inner and outer limits on the Hawkwind referencing Sagittarius Silver Announcement.

The overdriven gospel space rock of Worm Mountain calls the War Of The Worlds Martians to arms in a battle against speaker cones. It’s the most breathless moment of an album full of hazy prog-jazz workouts and, like most of The Flaming Lips best moments, manages to be beautiful, terrifying and ever-so-slightly unhinged at the same time.

Drozd takes the vocal lead for Silver Trembling Hands, the most coherent song on the album by some distance. Being relatively direct, had it been positioned nearer the beginning of the album it would perhaps have given those lost in a sea of seemingly unfocused ideas something to hold on to.

Watching The Planets finishes the album in glorious style. A basic pulsing riff, it’s a seemingly unstoppable force that drives The Flaming Lips towards the closing moments of their most challenging work for several years. Not unlike The Beatles‘ Tomorrow Never Knows, there is a hypnotic quality to its simplicity. By the time it thunders to a stop, Coyne has burned the Bible, and stated quite clearly that there “ain’t no answers to find”. Despite the muddied musical depths of Embryonic, it’s pleasing to note that The Flaming Lips are still quite happy to deal in absolutes.

The complex nature of Embryonic will lose many of those fans who came to The Lips because they had a cute show with that guy in the ball, and “that sweet song about dying”. With no immediate hits on show, perseverance is the key to this record. It grows with every listen, slowly unfurling with every second spent in its presence. To write it off too early would be criminal, as Embryonic represents The Flaming Lips at their most awkward, most engaging, and most creative. And we all grow from embryonic beginnings.