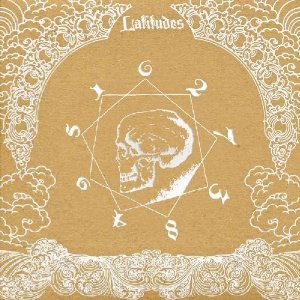 The Haxan Cloak’s debut album caused something of a stir when it appeared last year. Awash with darkness and with a distinct occult tinge it was an exciting and accomplished debut album that was as surprising as it was unsettling and beautiful. Mixing bleak ambience with field recordings, voice, and warped electronica, The Haxan Cloak found itself rightly nestling alongside such releases as Ben Frost’s By The Throat.

With Bobby Krlic currently between albums (he’s recently swapped Aurora Borealis for Tri-Angle) The Men Parted The Sea… represents something of a stop gap between albums, but it is no less powerful for that. Recorded as part of Southern’s Latitude series, this is apparently the sound of a live performance from The Haxan Cloak; a more organic piece that the studio witchery that preceded it. As such, this is not so much an album as an extended journey into the unknown. It’s a single track running that runs just shy of half an hour, but during those 27 minutes, the sonic soundscape changes constantly to create an unsettling journey into the heart of darkness via a rather wonderful and occasionally uplifting route. As a live performance, it’s a finely judged and performed piece that insures the audience is captivated and transported to a different world. The brooding intensity and perfect pace of The Men Parted… makes it virtually impossible to do anything but sit mesmerised as the music unfolds.

Beginning with a chorus of voices and an occasional electronic drone (that sounds like a 1950s alien invasion movie) the opening few minutes make for a gentle undulating introduction. Some basic percussion kicks in around the seven-minute mark along before long it is joined by an electro-bass pulse that would fit right in down at Andrew Weatherall‘s Haunted Dancehall. Escalating into a clattering voodoo rave, It’s the closest The Haxan Cloak get to being danceable.

From here it collapses into a paranoiac quieter section, populated with glitches, string swells and a beat that sounds like it might have been created by a serial killer digging around in his cutlery draw looking for the most appropriate utensil for slicing the tops of his eggs/heads. At this point, Krlic’s mastery of building suspense is in clear evidence as he flits back and forth between propulsive percussion and terrifying ambience. Eventually he segues into a booming cavernous passage and the mood turns even darker. Somehow it feels like he’s wandered to the centre of the earth only to discover the pencil factory from Eraserhead.

The tone does begin to lighten a little with the addition of some gently twinkling electronic dashes, but there’s always a swelling bass thundering low in the mix to serve as a warning that there’s danger lurking. When that turns into an all encompassing static drenched roar the game is up.

As a single piece of work The Men Parted is a breathtaking accomplishment. Once it starts, there’s no leaving its terrifying but beautiful world. This is not so much a stopgap as yet more evidence that Bobby Krlic is a master of the dark arts.

The Haxan Cloak MP3s or CDs

The Haxan Cloak on Spotify