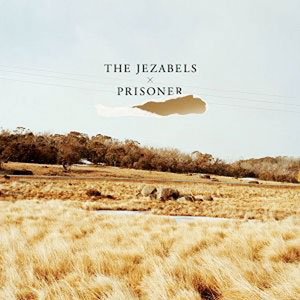 Formed in Australia in 2007, The Jezabels have enjoyed mounting success in their homeland, as well as recognition in its various forms both here in the UK and in the US. Though they have previously released three EPs, Prisoner is their début long-playing record, boasting a rise to the No 2 spot in the Australian charts. Here in the UK, they have been described variously as “thunderingly emotional” and “mesmeric”; though inevitably, the epithet “emo” has been kicked around by those comparing front-woman Hayley Mary to Paramore vocalist Hayley Williams.

Emo records, often encompassing the themes of imprisonment, frustration and anger, go back as far as the day is long, though they might not always have been labelled as such. This is no surprise, of course; they are timeless themes that almost everyone can relate to at one time or another in their lives. Naturally, they are themes that are particularly relevant to teenagers, experiencing the angst of adolescence and believing no one can possibly understand them (which they usually can’t).

But Prisoner isn’t just for your teenage daughter or your younger brother. Produced by Lachlan Mitchell, it is perhaps his heavy metal background, as well as the post-hardcore punk aesthetics of the band themselves, that gives this debut record depth of emotion, rather than simply coming across as longing-fuelled pop-punk. It has a maturity, which ensures the possibility for enjoyment across a wider spectrum of ages; and the clear influence of music from before the millennium means this album doesn’t come across as just another on a long, churning conveyer belt.

In title track Prisoner, there are dark, raw tones reminiscent of Siouxsie Sioux on The Banshees‘ record Hyaena. Mary’s trapped growling here evokes images of shadowy cells; Sam Lockwood’s spiky guitars and Nik Kaloper’s oppressive drums tell of an intense anger; an apt opener, then, which should set the tone for the remainder of the album.

Endless Summer, though not as dark as Prisoner, has strains of Start Something-era lostprophets; that sense of nostalgia for sun and sunlight with your friends, or lovers, whilst also hinting at the inevitability of it all. Lyrics such as “Stay with me here, in the endless summer” and “you’re the summer in my mind” imply someone being left behind, unable to follow.

This is not how the entire album pans out, though; The Jezabels take you on a journey to freedom throughout this record, the language of the lyrics gradually lightening and the tone of the music itself brightening, as though on a new day.

By the time we get to Rosebud, the latest single, and City Girl, we start to experience the release from those more furious emotions and a break into something more hopeful. Hayley Mary echoes the sentiment “you’ll be a city girl soon”, promising a life beyond your prison. This is no tortured moan, however; Mary’s voice here is soft and assured, with little of the strain from Prisoner, eliciting visions of wide open fields and endless sunshine, leading to the city.

The album ends on not quite a high, but on a more hopeful note. Peace Of Mind and Catch Me contain none of the harsh vocals, vicious guitars or pervasive frustration of the earlier tracks.

This progression is actually highly satisfying; rather than listening to something which carries the same tone and emotion throughout, The Jezabels take you through a range, giving you a story rather than simply one snapshot.

The Jezabels MP3s or CDs

The Jezabels on Spotify