The Juan Maclean – Everybody Get Close 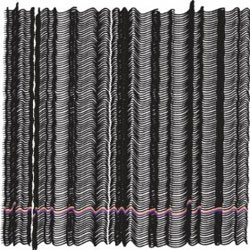 As if to celebrate DFA’s 10th anniversary, John Maclean – whose history with the label runs from its very beginning – offers us this, a collection of extras, unreleased tracks and remixes to complement his rather special 2009 album, The Future Will Come.

What works well here is that Maclean has structured the ten chosen tracks to make a coherent piece of work, one that works on its own in spite of its genesis, and his transition from solo project to group. As you might expect there are upfront tracks here that use strains of disco, classic house and 1980s electro-pop, but these are helpfully complemented by a couple of slower, more thoughtful outings, lest the highly proficient first album Less Than Human be forgotten.

Maclean’s sound has developed since then, becoming more extrovert and immediately expressive with the addition of vocalist Nancy Whang, but here the focus is more instrumental. Human Disaster, here in its Holmes Price version, behaves like a classic house track from the late 1980s, with a soft centre that would raise the hands skyward on the dancefloor, especially when a lovely, wavy bass sound kicks in. Feel So Good gets more obviously groovy, Maclean flexing the funk, ready for a night out.

The tracks here tend to spin out over seven or so minutes, Maclean taking time to build up the layers and increase the pressure, but never treading water. This is a tried, tested and winning formula applied to all tracks except the dubby Deviant Device, a slower number that has a reassuring fullness to its bass drum and which chugs along beautifully. When I Am With You, too, shows that there needn’t be too strict a regime imposed, with its loose keyboard and attractive, clarinet-based melody that hints at improvisation.

Human Disaster makes a reappearance near the end, in Jay Reatard guise this time, but this serves to stress the flexibility of Maclean’s source material. Speaking of which it’s good to note the inclusion of the wondrous Happy House, here given a rerub by some time DFA bedfellows Cut Copy, who clearly appreciate a good tune when you hear one.

So while this may be something of a stopgap release while Maclean tries out a new venture or two, Everybody Get Close has plenty of dancefloor nouse, and is switched on to the rhythm throughout. Clearly the quality threshold is high in Maclean’s house-hold.

The Juan Maclean MP3s or CDs

The Juan Maclean on Spotify