The Knife – Shaking The Habitual 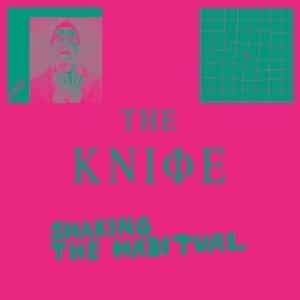 The Knife have always had an aura of mystery about them. Formed back in 1999, the Swedish sibling duo of Karin Dreijer Andersson and Olof Dreijer chose not to play live until 2006. This was after they had released their third album, Silent Shout. Even at the few ‘live’ shows they have performed since then, fans seldom saw their actual faces. With their innovative production, bizarre lyrics and pitch-bending vocal style, The Knife are one of the most fascinating electronic acts in modern music.

Aside from their 2010 collaboration Tomorrow In A Year, with producers Planningtorock and Mount Sims, the Gothenburg duo has been on a group hiatus since Silent Shout, while Karin was reincarnated as Fever Ray and Olof hit the DJ circuit as DJ Coolof. Seven years later, they bring us Shaking The Habitual, a very long record of music that for the most part is far darker than its lurid pink cover would suggest.

The siblings recently released a manifesto for the album, entitled ‘Some feeling in the bellies of the tankers who pass us making sad manic bongs like drums’. Upon first read, the manifesto is difficult to decipher. It seems to portray an underlying anti-capitalist message whilst discussing a number of current topics, including celebrity culture and the ‘homicidal class system’. Unsurprisingly, this manifesto has raised the anticipation for Shaking The Habitual to skyscraping levels.

Karin’s shrill screams sound completely at home amongst the sharp flute and kalimbas on the first track, A Tooth For An Eye. “It’s not a story, it’s my opinion”, she whispers on lead single Full Of Fire; a track which is propelled by mangled vocal distortions and jittery keyboard sounds. A ghostly wail abruptly sees the track off in typical Knife fashion.

Many of the songs on this record are of great length, making the whole album double the duration of Silent Shout. One track, Old Dreams Waiting To Be Realised, is a 19-minute swirling ambient epic, which takes the form of three separate scores rolled into one. This is not music to drift off to.

The introduction of Cherry On Top, comprising of menacing cellos, wavy pads and croaky sitars, also creates meddlesome unease. When you finally hear Karin’s voice towards the six minute mark, she sounds like a breathy androgynous diva, singing about the trivialities of coffee, popcorn and tea. The result is something quite astonishing.

The album increases in tempo, through tracks such as Without You In My Life. The manic steel pans and flutes in the song make for a complete contrast to some of the more ambient tracks. Later on, the tempo slows down again with Wrap Your Arms, which sounds vaguely reminiscent of a modern-day Portishead production. Elsewhere, Stay Out There strays into territory which The Knife has not inhabited before; Karin’s vocals on this track sound like they could easily fit onto on a ’90s house record. With discordant, serrated synth sounds and clattering rhythms, it is little short of spectacular.

There seems to be far more live instrumentation on Shaking The Habitual than on previous Knife albums. The pulsating synths of Deep Cuts are replaced with ambient metallic sounds of dread. The electronic drum sounds on Silent Shout are replaced with what sound like live bongo fills. And while there is not so much eerie pitch-bending to be heard this time round, Shaking The Habitual still manages to maintain the musical darkness of the 2009 Fever Ray record, albeit beefed up with Olof’s beats.

Shaking The Habitual will polarize, especially for fans of the pop-leaning earlier Knife material; there is no Heartbeats here. But if you admire The Knife’s music for its incredible unpredictability and off-the-scale inventiveness, you are likely to consider this to be at least amongst their best work yet.