The Longcut – A Call And Response 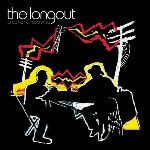 After making a firm impression in early 2005 with some high energy live performances and strong debut single Transition, an incessant whirlwind of furiously strummed guitars, mechanical drumming and electronic beats – a cocktail which equated to something which could easily be described as dance prog, Manchester trio The Longcut duly disappeared.

What they got up to between then and now is anyone’s guess, but what we do know is that they did finally manage to record a full-length album, entitled A Call And Response. And what they’ve given us is 11 tracks that largely fit into the above description – dance prog – songs that call to mind the intensity of Joy Division, the dance sensibilities of New Order, the frenzied excitement of The Rapture, particularly on singer Stuart Ogilvie’s monotone, shouty vocals, and the expansive, epic qualities of Sigur Ros.

Yes, it is quite a heady mix, that on paper at least, sounds like it should be the formula to an album of the year. In reality, however, while they certainly hint at such brilliance on occasions, there is a remarkable tendency on the record to stray away from any sort of pop hooks and conventional song structures, in favour of manic, tension building guitar workouts and sounds you’d (probably) hear during an apocalypse.

And of course there’s nothing wrong with this inherently – we’ve got The Kooks and Franz Ferdinand for our three-minute pop gems, but the record often becomes just too dense, heavy, too much – to take in during one sitting. Easy listening this is a million miles removed from, and those with any affinity towards The Feeling, Orson, et al, may as well look away now.

But while this is by no means a smooth flowing, perfect album, there are some real shining points. Opener A Last Act Of Desperate Men declares war with the proggiest of them all – an arresting statement of intent, it clocks it at just under seven minutes with guitars racing towards a finishing line before imploding, whilst Gravity In Crisis goes some way to suggesting as much with its cold, otherworldly and hugely entrancing feel.

Transition is still the best thing they’ve done, a densely atmospheric, powerful, roller coaster of a piece that fuses the best parts of their influences in the closest thing here to a pop number. Elsewhere, A Tried And Tested Method is a moment of serene brilliance, the sound of the sun coming up after a particularly heavy night on the town, whilst A Quiet Life bulldozes all in front of it with its sheer power and aggression.

It’s a shame then, that these moments don’t come quite often enough. They’re surrounded by songs that just aren’t as good; ones that simply act as insignificant interludes that fail to take off as spectacularly as the others (Holy Funk, The Kiss Off, Lonesome No More! being specific offenders).

And while the musicianship is never less than impressive, lack of variation could be an accusation levelled against them – relative calm followed by a storm of epic proportions seems to be their primary forte, and one they fail to stray from enough.

It remains a very good debut, in any case, one that has just about been worth the lengthy wait. If you’re expecting a masterpiece, however, this isn’t one – despite some moments of true magnificence, this is a difficult record to digest, and one lacking around three or more great tracks to elevate it to classic status.

The Longcut MP3s or CDs

More on The Longcut
The Longcut – A Call And Response