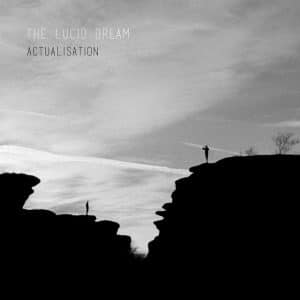 There seems to be a continuous trend or path of redevelopment and reinvention for guitar bands that is becoming almost inevitable. Off the blocks they dart, blasting their way into existence across various derivative aspects of the guitar based spectrum, usually with mediocre results, before chucking it all away in favour of synthesisers.

Occasionally though, a more promising band comes along, one that maybe for once won’t follow the same usual path taken by so many before them. The Lucid Dream appeared to be something slightly different by the time their second album, 2015’s eponymous effort, was released. They favoured psych-rock, mirroring American bands that seem to have perfected this art such as Sleepy Sun, The Warlocks or The Black Angels, but you could tell there was more to them than that, as if they wanted something else, something bigger perhaps.

2016’s excellent LP Compulsion Songs was a natural progression for the band and one that, with hindsight, may have seen them feel like they’d reached the peak of the psych-rock mountain because album four, Actualisation, now sees the Carlisle outfit taking that familiar guitar-to-electronica path.

Nine-minute opener Alone In Fear’s frantic ticking percussion soon transforms into a meld of latter day, pre-split Hookworms clashing with Underworld, a sound far removed from their earlier work. It’s a strong start, if an unexpected one. The two-parted Zenith follows, taking an appealing baggy-psych appearance and another nine-minute monster, Ardency, draws from the same vein but this time feels a little too stretched out, like an overly extended effort from Primal Scream’s Screamadelica.

Ironically, rather than Ardency, Screamadelica’s mastermind Andrew Weatherall championed single SX1000, but it’s the sound of a band experimenting with new acid-employed electronic technology, as if trying to find their feet with new tools as they play around with tired, generic melodies. Pace switching dark-dub closer No Sunlight Dub also delves into acid-house by utilising the classic Roland 808 sound in an unaccustomed manner; it’s better but still not quite there. The excellent Breakdown, meanwhile, reaches back into the past for a swirling psych-rock gem that shows where this album could have gone if they’d stuck to their more recognised template.

Transformations are not instantaneous, so it would be harsh to expect Actualisation to be up there with its immediate predecessor. More time is needed with their synths before The Lucid Dream get to the levels scaled before, but their journey through these foothills proves to be interesting all the same.

The Lucid Dream MP3s or CDs

The Lucid Dream on Spotify