The Lucid Dream – The Deep End 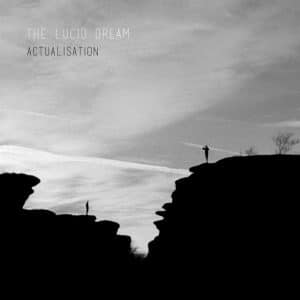 Casually shrugging off the clichéd psychedelic influences that had guided their early material, The Lucid Dream have embraced dance and hip hop culture head first, for this, their fifth album The Deep End. The Carlisle based ensemble’s heavy-handed reliance on vaguely moribund, fog coloured album art betrays the luminous dance atmospherics that are to be found within.

In the three tumultuous years that have passed since their last record, Actualisation, they’ve jettisoned the majority of their guitars in lieu of a bank of analog synths and vintage samplers, patterning a series of warmly elusive melodies that will unite ravers and rockers alike.

The band spent a large part of 2018 touring Actualisation in support of their folk rock heroes Wooden Shjips, but The Deep End is more akin to Shjips captain Erik Ripley Johnson’s other group Moon Duo, specifically their recent foray into cosmic disco and sleazy funk. That influence is felt on Coalescence, the baggy 11 minute opener, which takes an initially languid, narcotically driven approach, calmly scattering its oblong danceable vibes, as it shifts into gear. Mike Denton’s freakish bass rumbles and Luke Anderson’s disheveled percussion shuffle beneath front man Mark Emmerson’s buoyant cadences about coming together on ecstasy. They’ve tentatively dipped their toes into Acid House before, but this is a full-blown Madchester resurrection.

Before you can draw breath, the manic Day-Glo babbling continues on the punchy 303 hit of recent single CHI-03, thick with samples, which tackle the need for education and housing reform. Bathed in high power atmospherics, the Shamen-esque track feels lyrically heavier than damp laundry as its spasmodic rhythms scramble around, barely adhering to our weighted gravity. The persistent Leave Me In The Dark, swerves even further leftfield. Dubby Augustus Pablo style melodica saunters majestically over firecracker drum and bass, as Emmerson’s steaming drawl anxiously ponders his growing discomfort over perceived abandonments.

Vicious drum kicks set the pace on the apocalyptically elongated Fight To Survive, as the band ratchets up the creeping 808 dread. A spray of distorted vocals wiggle their way in and out of the perilously sheared grooves cast by Denton’s jaunty bass. Penultimate track Sunrise has the band ecstatically thatching squelchy breathless Detroit techno a la Marshall Jefferson, with the spooked Balearic vibes of the late Andrew Weatherall. Quivering beats evaporate in a throbbing cloud of euphoric exhilaration. A different Jefferson, guitarist Wayne, gets put to use on the album closer, the sensitively tumbling downer High & Wild, as acoustic guitars shimmer and waver in the air. After the defined liberations that came before, it feels inexorably bandaged on and a purposeless gesturing to past endeavours.

Credit must go to the bands long time co producer Ross Halden, who having previously worked with the likes of Galaxians, has precedent for cohesively melding genres and minds. As DFA head honcho James Murphy ironically once taunted: “I hear that you and your band have sold your guitars and bought turntables.” It turns out that The Lucid Dream have done exactly that and amazingly they haven’t lost their edge; they’ve found it.

The Lucid Dream MP3s or CDs

The Lucid Dream on Spotify