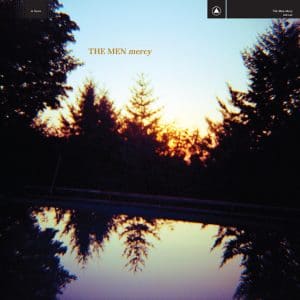 The Men occupy the unfortunate position that many of music’s great ‘nearly men’ do (no pun intended): they’ve been around long enough that they’ve seen their peak popularity come and go, but they’re still so steadfastly committed to the act of making music that they regularly put out great material to an ever-waning audience.

The Men hit their creative and popularity peaks between March 2012 and March 2013. In that year, they released the dirty, greasy, Sonic Youth-indebted experimentalism of Open Your Heart, before following it with the wood-smoke stinkin’, cowboy boot wearin’, campfire rockin’ country rock of New Moon. The latter was one of the finest, yet most criminally overlooked, albums of that decade, with a fired-up Neil Young meets Tom Petty sound that chimed where previous albums buzzed, and glistened where other albums gloamed. It was fantastic, and they seemed poised to break through into the same kind of mainstream dad-rock flannel-clad zone that Kurt Vile and The War On Drugs have since made their own.

But it wasn’t to be. Tomorrow’s Hits, released just one year later in March 2014, dampened the critical buzz around the band. Where they’d hit solid mid-8s across the board with critics on their previous records, they started to see 7s. They started to see Dinosaur Jr. comparisons replaced by Bob Seger references, and reviewers damning the thing with faint praise. This, of course, should never have been the case. Tomorrow’s Hits remains a great record, it just came a touch too early to hit the peak ‘dad-rock’ audiences that emerged with the onset of the ’80s fetish that mainstream media went through just a couple of years later. Hell, even bands that were previously seen as being lame and vanilla, like Scorpions, made it on to the Stranger Things soundtrack and into semi-ironic car adverts. (Scorpions actually will rock you like a hurricane, forget how lame they are.)

And so The Men doubled down. 2016’s Devil Music saw a limited release and a return to a Black Flag-via-Mudhoney sound, before 2018’s The Drift saw them reconciling various sounds from all of their previous albums (and side project Dream Police), resulting in a blurry, unfocused release.

The good news is that Mercy rights the ship. This is now their third consecutive release with the same line-up, after a period of instability threatened to sink the band. It’s also their most focused album since Tomorrow’s Hits, and it might be their best since then too.

Mercy opens with the gospel-country of Cool Water, which conjures the ghost of Bob Dylan‘s imperial phase in the mid-to-late ’60s. It’s an excellent beginning to a rich and varied album, which features more than a wink to the works of Leonard Cohen. Fallin’ Thru is so close to Cohen that you wouldn’t be surprised to hear that it was a lost B-side from his mid-’70s work, and the band try (and nobly fail) to conjure his electronic I’m Your Man sound on Children All Over the World.

Call The Dr. is a barnstorming yeehaw country rocker that’s actually reminiscent of the kind of drunken cowpunk that Danish ne’er-do-wells Iceage experimented with on Plowing Into The Field Of Love. The token leather jacket shredder, Breeze, is a refreshingly open exploration of what might happen if some mad scientist created a Thin Lizzy–Germs–MC5 hybrid.

The Cohen influences return to close out the album with a hushed, tranquil sense of melancholy on the title track, which features lightly strummed guitar and delicate synths. It’s one of the highlights of the record, along with the 10-minute masterpiece Wading In Dirty Water, which is progressive in the way The Allman Brothers and The Eagles and Crazy Horse are. The riffs are big, the grooves run long, the electric guitar is absolute red-hot fire from the depths of a Cormac McCarthy novel. It’s sensational stuff, but why it appears as the second track and not the closer is mind-boggling.

Hopefully, Mercy will go some way to dragging the lost fans back to The Men, and bring back a sense of momentum to a band that richly deserve it. Thanks have to go out to Sacred Bones, who have stayed loyal, and always pioneered music that challenges and infuriates listeners. Long may the partnership continue, and long may this new hot streak burn.

The Men MP3s or CDs

The Men on Spotify