The Moons – Life On Earth 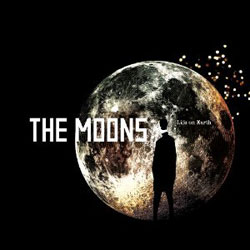 That early noughties 1960s revival seems to have been… well, revived. And The Moons are leading the way with their debut album Life On Earth.

There are plenty of comparisons with The Coral‘s output, and even Paul Weller has given The Moons his seal of approval. This could be thanks to his keyboard player, Andy Crofts, being the vocalist and guitarist. But it could also be due to this being a good album. With reviewers from east to west debating the comeback of what has been called ‘mod-pop’, ‘mod-rock’, ‘mod-this’ and ‘mod-that’ being a good or bad thing, it would be fair to say that opinion is a little divided. But surely as long as someone does it well, with their own twist, it can’t be that bad, can it?

We’ll start at the top. Don’t Go Changin’ is a little over two and a half minutes of fast paced, piano drenched, punchy mod-rock. It sums up The Moons and introduces the listener to what can soon be seen as a blueprint for their music.

There are two ways to look at that blueprint. Having songs that are similarly structured, with a definite influence, is a good thing; it allows the band to have a clear-cut identity and the album becomes a whole entity that hangs together. Alternatively, the whole album sounds the same. There is very little variety throughout; a little diversity would’ve been just the tonic.

With Life On Earth, The Moons have done their best to strike a balance between the two. As the album reaches the end it does to start to wear a little thin, but not terminally. There are a few twists.

One of those twists is the little bit of ska that makes Nightmare Day a little bit special. It starts much the same as the other tracks, but after the introduction, there it is. More points of interest such as this would be appreciated.

Closing track Last Day On Earth is, dare it be said, a little Beatlesy; with the epic opening and the verses’ vocals, it all sounds heavily influenced by the fab four, and not in a ‘we’ve heard it all before’ way either.

Overall, this album should be appreciated by those who were there the first time round in the decade of love, and by youngsters hearing this sound for the first time.

The Moons MP3s or CDs

The Moons on Spotify