The Mountain Goats – All Eternals Deck 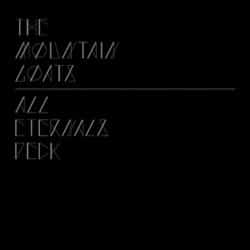 It’s no secret that John Darnielle is one of the best songwriters currently performing. But, it could have been so different. He began his career hidden beneath a blanket of coyness and solitude and remained under the radar for too many years for a man with such immeasurable talent. However, these humble roots have allowed him to flower into the powerful, charismatic front man now bellowing on stage or on record. Had The Mountain Goats been lighting the blue touch paper of their career nowadays, there is every possibility that the daunting infinity of the internet could have clipped their wings as they attempted those fateful first flights.

In a recent interview, Darnielle confessed: “When I was getting started, I wouldn’t have wanted to be judged by the entire world,” something which has been made possible these days with indie blog aggregators. Thankfully, the age in which The Mountain Goats flourished meant handing out cassette tapes rather than fan pages and embeddable links.

All Eternals Deck is a thankful reminder that when a real talent is given the time and space to flower, the rewards will be reaped further down the line. This album is The Mountain Goats’ finest record to date, containing all of the visceral raw energy of previous recordings as well as a more refined and ripened sound. Damn These Vampires is as curious as it is moving and provides further evidence that Darnielle’s way with words is unequalled in terms of originality and vibrancy with the choral lament: “Crawl ’till dawn, on my hands and knees. God damn these vampires, for what they’ve done to me”.

Estate Sale Sign bristles with passion, anger and anxiety; furiously strummed chords and Darnielle’s delivery is at its snarling best. The song is unambiguously unnerving and creates a sense of dread which permeates the rest of the album. The Autopsy Garland continues this theme of apprehension in an acoustic minor key affair which is full of sweeping bass, sparse floor tom percussion, ringing guitar harmonics and disturbing imagery: “Fat rich men love their 12-year-olds, deco cuff links and cognac by the glass.”

All Eternals Deck is not a purely miserable affair, however, with much of the album displaying a delicacy and inherent beauty to match the often pensive prose of Darnielle. Age Of Kings and Soudoire Valley Song slowly develop into stunning, subtle opuses through well textured instrumentation and the lyrics achieving a Bob Dylan-esque level of pattern and symmetry.

As the album reaches its climax, Darnielle’s voice becomes less shrill, less demanding and more judicious. The youthful howl of previous tracks is diluted, his delivery is more assured and his lyrics display a previously unseen confidence and wisdom. The music lifts out of the realms of dread and trepidation into fist-clenching positivity and self-belief. Never Quite Free, with its uplifting piano chords, upbeat drumming and triumphant pedal steel, carries a message of reassurance and optimism: “It’s okay to find the faith to saunter forward, with no fear of shadows spreading where you stand. And you’ll breathe easier just knowing that the worst is all behind you, and the waves that tossed the raft all night have set you on dry land.”

All Eternals Deck sees The Mountain Goats deliver their most assured sound and Darnielle his most profound poetry. Beginning full of mysticism and fear, by the time the album nears its end the music has been released from the bonds of anxiety and Darnielle validates the untamed claims of those singing his praises.